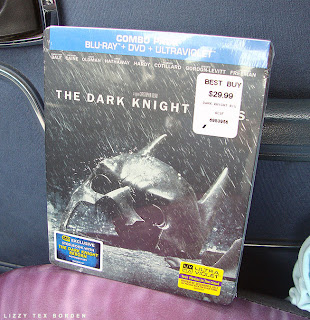 The Dark Knight Rises was released on Blu-ray today. I
broke down and bought the Steelbook version because it has an
extra documentary on it that the regular Blu-ray does not include.
Yes, I've been manipulated. But it feels so. darn. good.
The price today was $24.99. I know that someday, maybe a year from
now it will be $9.99, but what are you gonna do I guess.
Posted by Lizzy Tex Borden at 5:09 PM