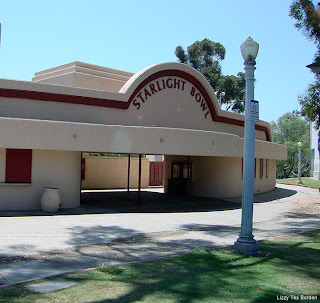 This is the entrance to the Starlight Bowl in Balboa Park, San Diego. I
had no idea how big this place was until I did a satellite map search
on it. I had never seen what was behind this little entrance. 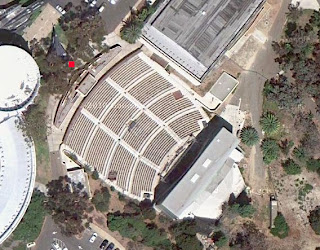 There is an amphitheater that seats 4,300 people. Built in 1935
it was home to the San Diego Civic Light Opera until the opera
filed bankruptcy in 2011. The image above is a screen grab
from the satellite search. I put a red box in the spot where I was
standing when I took the photograph.
Posted by Lizzy Tex Borden at 1:34 AM