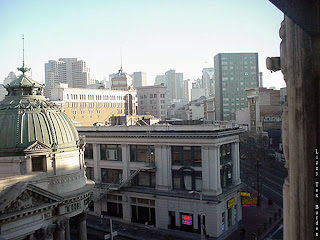 I took this lousy (and I do mean lousy) picture some years ago in
San Francisco, California. I took it from our hotel room window
on a sightseeing trip. I like that dome. It just looks old and cool. 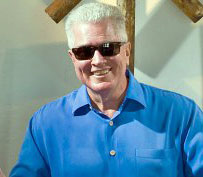 ~ Huell Howser - 1945-2013 ~
My photo today is dedicated to a most awesome guy by the name of
Huell Howser. Mr. Howser died yesterday. He was a guy who had
television shows over the years that would highlight different places in
California. From beaches to mining operations to orange groves to Yosemite to,
well, you name it. If it was in California, Huell has probably been there with his
camera. He was practically a California institution.

The thing I love about Huell was that he made EVERYTHING more interesting.
I was turned on to many things that I might have just ignored because of Huell's
personality and enthusiasm. Rest in Peace, Huel. You are so totally gonna be missed.
Posted by Lizzy Tex Borden at 12:11 AM