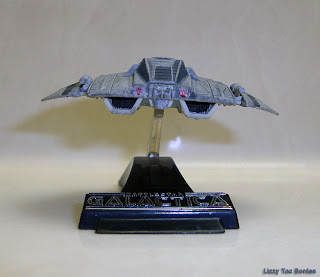 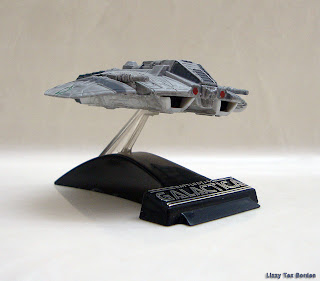 Give it up for my Battlestar Galactica 3 Inch Titanium Series Classic
Cylon Raider Die Cast Vehicle by Hasbro. That's a mouthful. This figure
was released in 2006 and is now out of production. The vehicle
was from the original B.G. television series. Raiders have a crew of

three Cylon Centurions (droids). One as a gunner, one as a pilot and
one navigator. And a whole lot of other stuff like two laser-torpedo
guns and two high-energy fusion reactors. Good stuff.
"By Your Command."