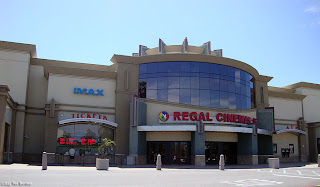 Guess where I went yesterday. 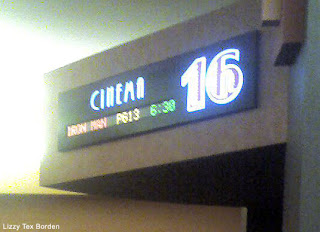 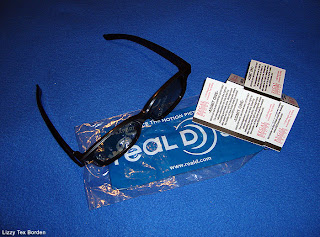 It was really great. I love Robert Downey Jr's Tony Stark. Well,
I'm lovin' some Robert Downey Jr. period. His relationship with Pepper
Potts played by Gwyneth Paltrow never fails to get my romance
blood flowing. I won't say anything else about this movie for those
of you who have not seen it. But I will say this: Stay until after the
credits. As usual I was the only person in the theater to do so.
I don't get it. Maybe nobody really enjoys those little "Easter Eggs". 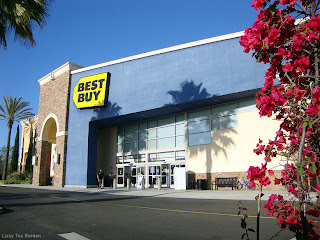 And today was the Blu-ray release day for Texas Chainsaw 3D. So after
seeing Iron Man 3 I headed over to Best Buy to pick it up. 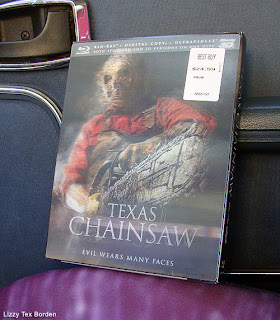 And I did. This is the first movie that I have purchased that
is in both Blu-ray and Blu-ray for 3D television. This is the
only way it was offered. I will most likely never have a 3D
TV because a.) I think it is going to be old technology real fast and
b.} DAMN that sh!t is expensive.

I arrived back home at Casa De La Tex just in time to catch the sunset. Today
went rather well. This is one of those days that I feel quite lucky to be
able to do some of the activities that I really enjoy. Fortunate I am, by crackee.
Posted by Lizzy Tex Borden at 12:03 AM