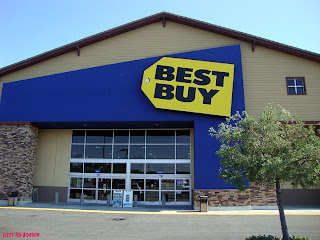 Today was a totally exciting day for an F13 fan nerd.
The Best Buy I usually go to did not have what I have been
waiting a couple of years for so I had to go to another town
some 35 miles away. But I'm good with that because... 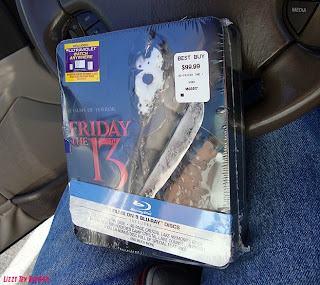 ...I got it! I finally got my "Friday the 13th: The Complete
Collection" on Blu-ray. 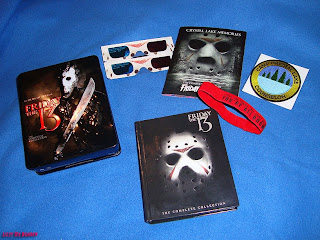 It comes in the collector tin you see on the left. It has every F13 movie plus
Freddy vs. Jason, also the 2009 remake AND a Killer Bonus DVD Disc.
Add in a 40 page booklet containing excerpts from the book "Crystal Lake
Memories", 3D glasses for F13 Part 3D, and... 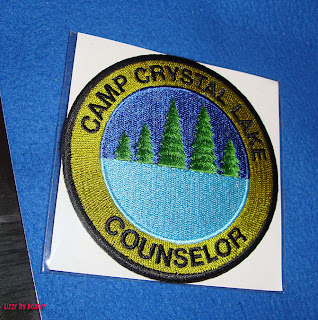 ...an official Camp Crystal Lake embroidered Counselor Patch
that I am really enjoying. It all comes bundled in a red elastic band
that reads, "I told the others, they didn't believe me. You're all doomed.
You're all doomed." Crazy Ralph was mostly right.

Anyway, I am so happy to finally have this set and yes I did pay $99.99
for it (I had a $5 Rewards coupon I used also). But that's how much I love
the Friday the 13th franchise, and Jason Voorhees and Shelly from Part 3. 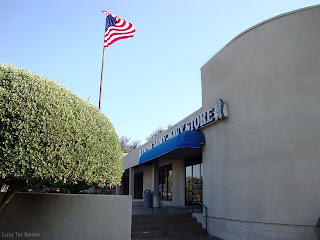 I also went over to Temecula to this Army Navy store. I go there on
occasion. It's not the greatest surplus store ever by far though. It just
never has that much and their knives are for the most part so
overpriced it is silly. 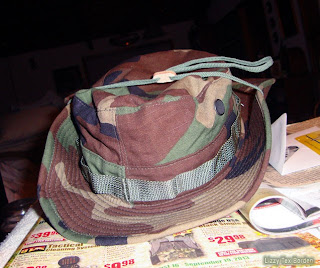 I picked up this boonie hat. Good for just bein' around under
the sun. It's more or less a "just in case" hat. I am a hat
freak in general, so...
Posted by Lizzy Tex Borden at 11:07 PM