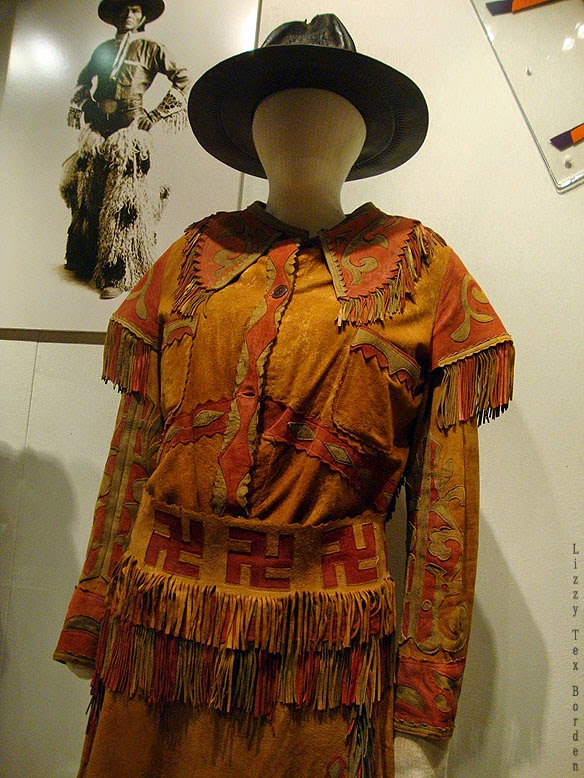 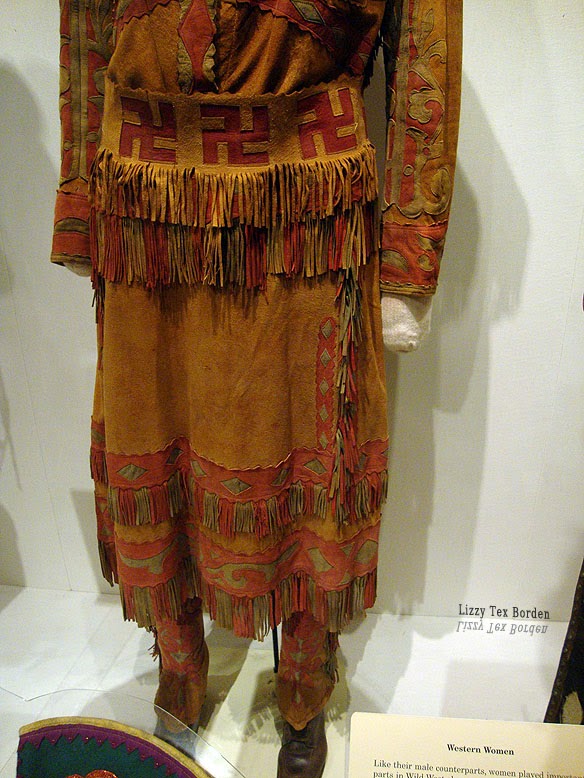 I had taken a picture of this outfit on just about every visit
to the Gene Autry Museum, but I never recorded the information
about it while I was there. I always wanted to post my pictures, but
as the outfit looks a bit "unusual" I wanted to be able to pass along
what The Autry wrote about it. The museum placard reads:

Western Women
Like their male counterparts, women played important parts in
Wild West shows and rodeos. Women rode broncs and bulls,
wrestled steers and roped calves just like the men and suffered the
same bumps, bruises and broken bones. This outfit was worn by a
Wild West show or rodeo performer in the late 1890s to early
1900s and reflects the influences of Native American design.
The jacket, skirt leggings and belt are all leather; the swastika
design is a widely used symbol taken from Native American
tradition. Hand tooled leather cowboy hats, such as this one
from about 1910, were flashy and worn strictly for show.

That is one hat that I am not real fond of. I can't say that
about too many hats that are on display in The Autry.
Posted by Lizzy Tex Borden at 11:58 PM