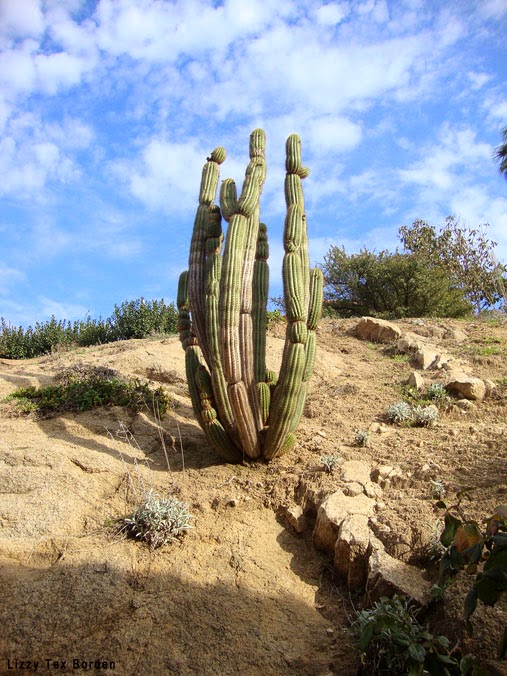 It was a nice day out today. 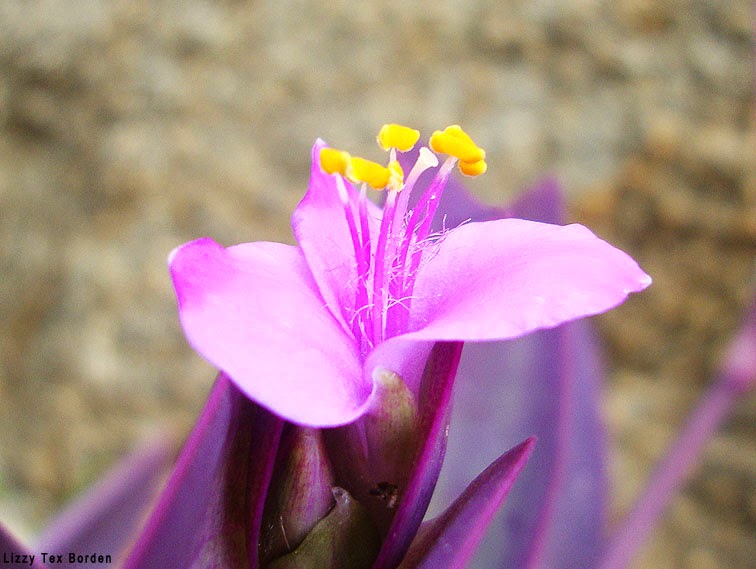 The little flowers were doing their thing... 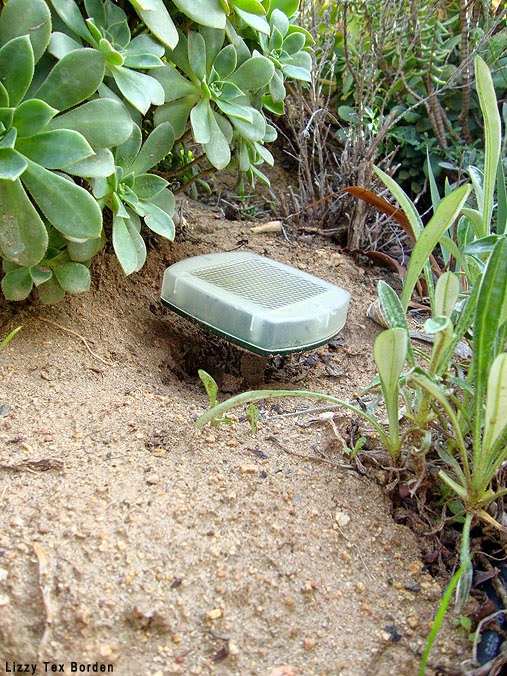 ...and the solar gopher repellers beeped
whenever I walked by them. 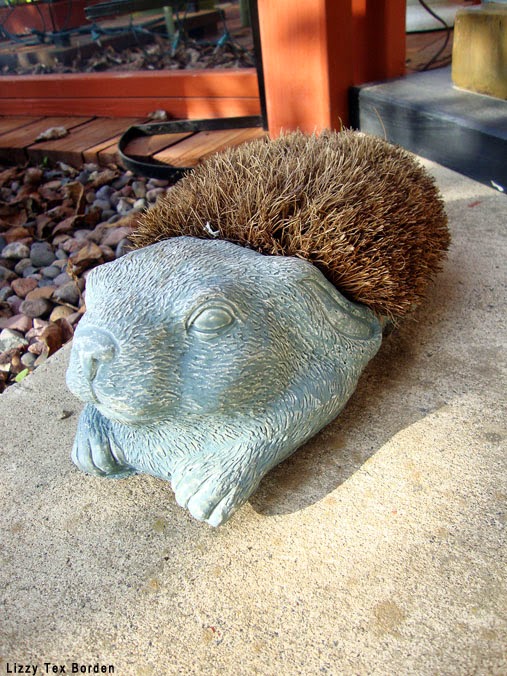 They even had this guy frozen in his tracks.

Later on that night... 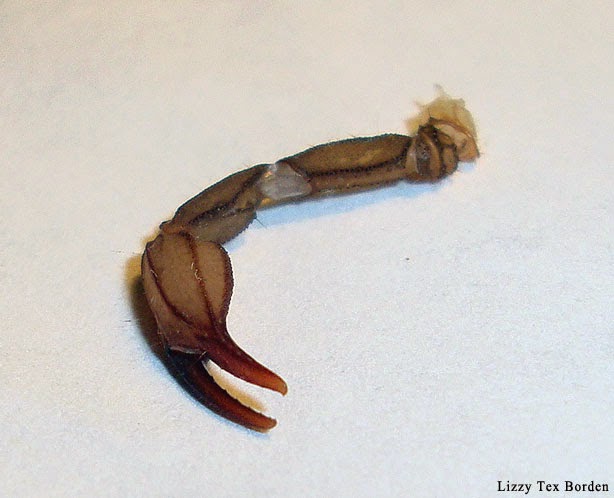 It was actually a pretty frantic scene and we were all laughing like crazy,
most likely out of nervousness. The picture above shows the part of
the scorpion that was left in my mom's pant leg after I knocked it off.

These scorpions can be a pain.
Posted by Lizzy Tex Borden at 11:00 PM