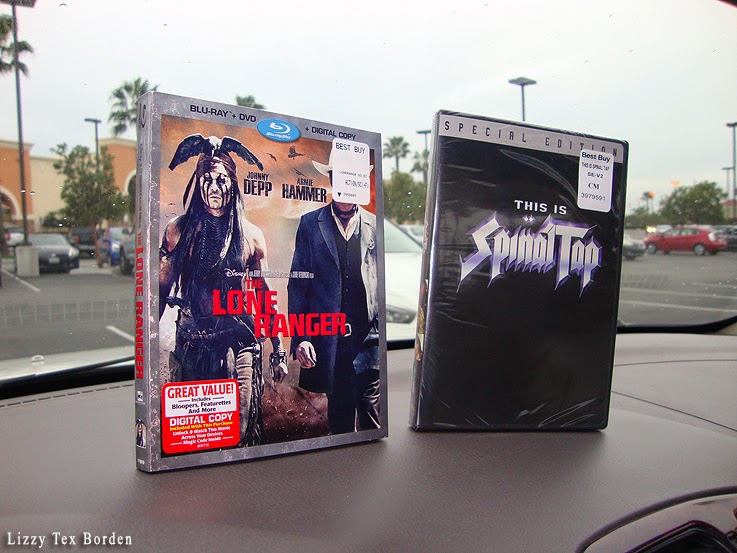 I finally found The Lone Ranger (2013) for a good price. This
thing just would not come down. I wanted it, but not for no
$27.00. I saw it in the theater and it was... okay. I want to see it
again. I also got Spinal Tap on DVD for like $2.97. I want to
watch this one with my son.
And speaking of The Lone Ranger... Below are pictures of the
movie's costumes. They are on display at the Gene Autry Museum
of Western Heritage and I was able to take the pictures on my
visit last August. 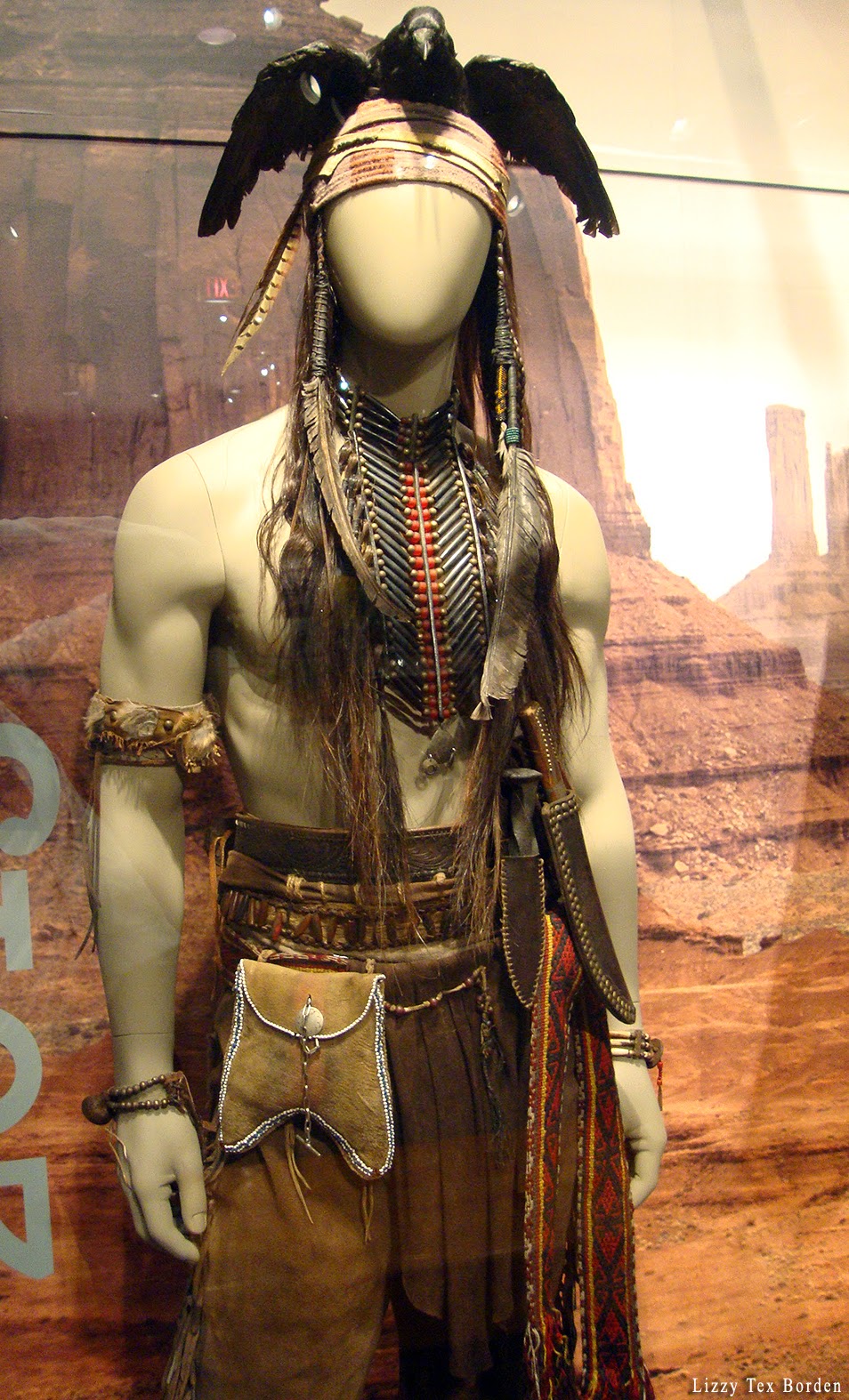 First up is Tonto's costume. Johnny Depp played the part on this
go 'round. They had virtually no information as to the authenticity of
the materials used or anything specific about either of the costumes.

For all I know this knife made from a railroad spike is
made of plastic. It looks real enough, but.... who knows. 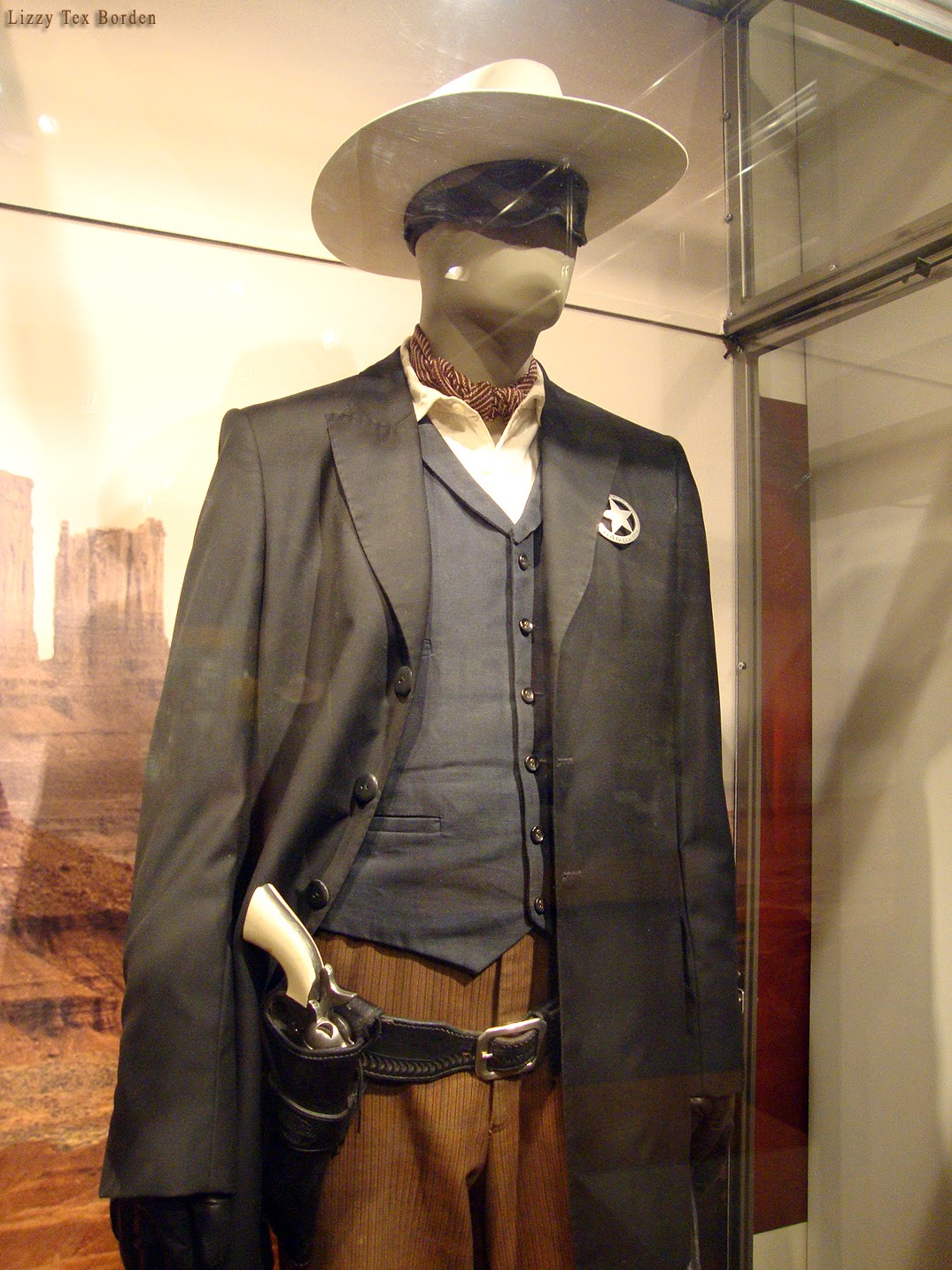 And the Lone Ranger was played by Armie Hammer. I have no idea the
brand of the pistol and I could not make out the maker of the leather.
Just a little disappointing. 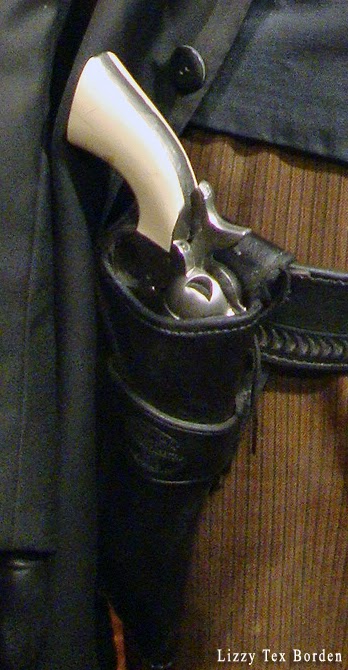 One thing I cannot figure out is why the hammer is back on this pistol.
I don't believe there are any other pistols displayed with the hammer
back, nor would there be a reason for it. Could it have something to
do with Armie's last name? Nawww...   Anyway, I did enjoy seeing
these costumes. I always enjoy seeing movie costumes and props.
I have left the photos pretty danged large if you would like
to open them up in a new window to explore.
Posted by Lizzy Tex Borden at 11:20 PM