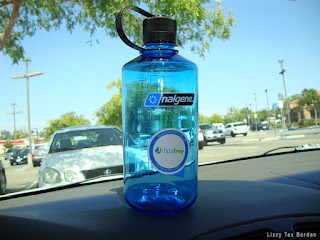 I had a five dollar coupon for Sports Authority that I
received when I joined their "club". It was set to expire
so I went over there to use it. I knew exactly what I
wanted: This Nalgene 32 oz Narrow Mouth Water Bottle.
I have others with the wide mouth and wanted this one
for different reasons. Awesome color. Makes me thirsty. 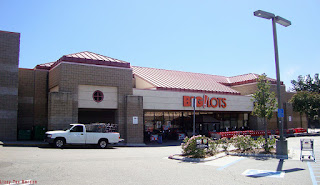 Big Lots was close by so I went over there for the first time
in ages to check out the movie section. I ended up buying
more movies than I have in a month of Sundays. 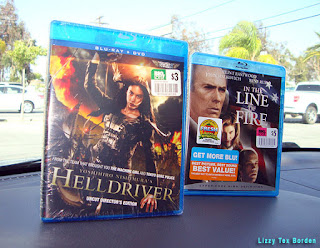 I bought two Blu-rays: "In the Line of Fire" with Clint (I don't
even have to type his last name) and John Malkovich. John
is absolutely magnetic in this one. When it came out this
movie was getting everybody's attention because Clint was
seen to.......... cry a bit in one scene. Nobody could believe
it, but he does (cry a little), but it is appropriate and it plays well.

The second one is called "Helldriver" and I have no idea but it
looks fun. 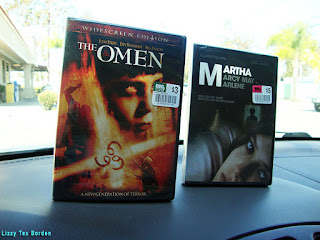 I also bought a few DVDs: "The Omen" remake which is supposed
to suck, and "Martha Marcy May Marlene" I have heard for a few
years that MMMM is a pretty good thriller. Im'a gonna see. 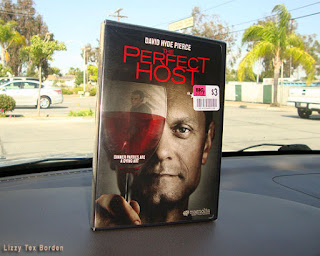 And one more DVD for today: "The Perfect Host" starring David Hyde
Pierce who I think plays some bad guy of sorts. That I gotta see.
I saw the preview a couple of years ago and it looks good.

Edit: I watched it. Oh man, that was a goodun. So much fun.
I don't want to give it away so I will just say three things:
David Hyde Pierce. Conga line. Psychotic.
For $3 this is a kick butt movie. 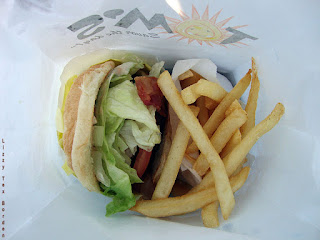 After all of that I had a bacon burger at Tom's.
Posted by Lizzy Tex Borden at 6:20 PM