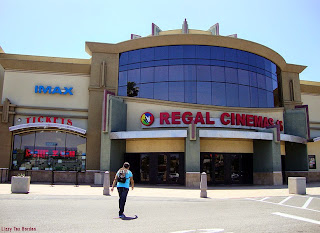 I went to the movies today for the first time in a few months. 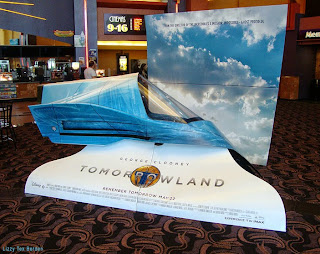 On the way in I spotted this kinda cool display for the movie
called Tomorrowland with George Clooney. I was really
anticipating this movie until today when I saw a featurette
for it before today's movie. I think they are going to Goonie/
Super 8 it. Looks like a kid's movie. Color me disappointed. 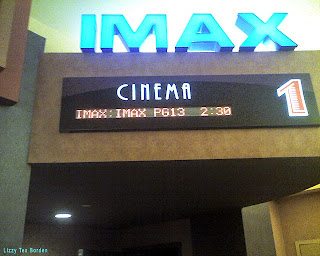 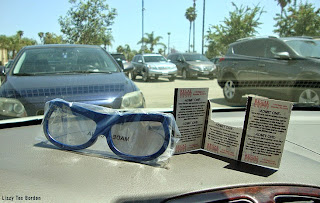 It was fun. Not as good as the last one I'm thinkin', but fun.
I am more of an Iron Man girl than Avengers for the most
part anyway. But worth seeing? Yes. In the theater? Yes.
I like the blue color of the "bridge of the nose killer" 3D
glasses this time. Oh shoot! Once again I accidentally
didn't drop them in the bucket. *blush* Oh well, souvenir. 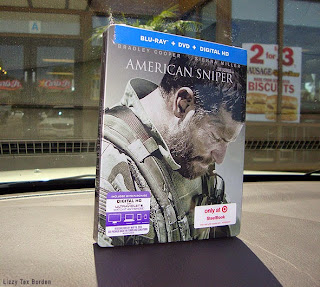 On the way home I stopped by Target to pick up their exclusive
American Sniper Steelbook. They go fast. There were only two
left. Can't wait to watch this one again. Gotta be in the mood. 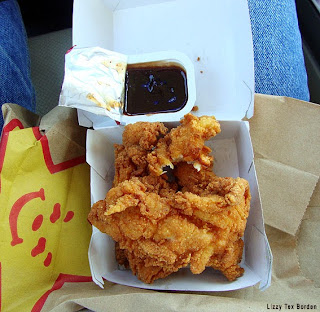 After Target I bought some Carl's Jr. Chicken Tenders. It was
an experiment. It was scary. But hey, they were good and unlike
McDonald's I think there was chicken in there!

Oh! And as part of The Regal Club I earned another free movie
ticket. Huzzah! Mad Max: Fury Road here I come. It was a fun day.
Posted by Lizzy Tex Borden at 4:43 PM