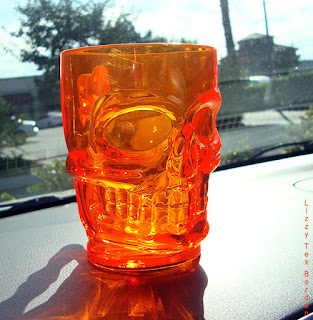 I bought this skull mug for my son when out
and about today. It's for pencils and such on
his computer table.

Oh  yeah, I almost forgot. It's from Walmart. 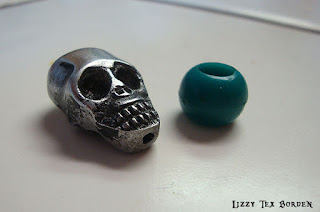 At the Indian Store during our Halloween Crawl this
week I bought a little skull bead that I wanted to put
on my knife lanyard. I knew I would need to drill out
the hole to make it at least as big as the hole in that bead. 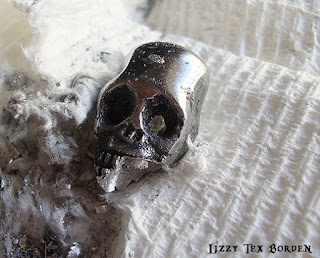 I knew the jaw would not survive. But I'm good with that.
After drilling the hole (which was not easy I'll tell you what)
I filed down the jaw and sanded it a bit and... 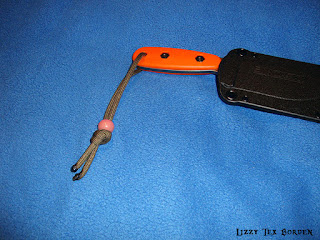 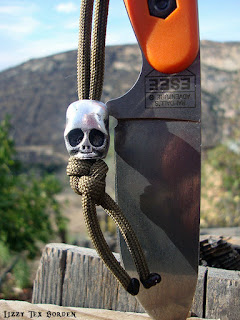 ...to this. I like it. It came out not as good as I had hoped
but better than I expected. I even learned a new knot that
helped the skull hang straight. Both knot and
skull should last a good long time.