In one of the last days of my 2017 Birthday Week Extravaganza,
I pretty much just did my weekly shopping over at Walmart. 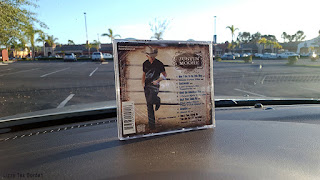 I did pick up this Justin Moore CD. I like it. 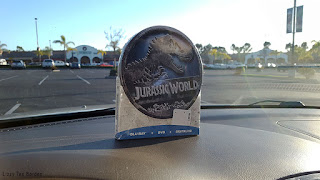 I wanted to see Jurassic World when it was in theaters but the reviews
were less than exciting so I didn't. Then I wanted the Blu-ray but the
prices..... ug. In Walmart today they had the Limited Edition (not SO
limited I would say) tin Blu-ray for only $9.88. So this was the time.
I will probably watch this one in a day or two. 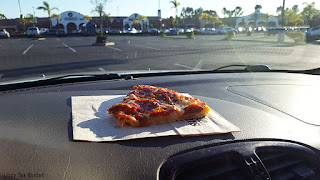 And of course.... Pizza!
Cannot have a birthday without the favorite food. 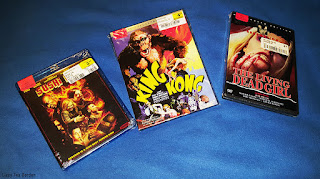 Oh, and these are the movies I bought at FYE the other day.
Sushi Girl (which I know nothing about), King Kong and
The Living Dead Girl which was suggested to me years ago,
but I only found it today. It is probably not good, but I am curious.

It's been a really great week. I have not had nearly this much time off
since I started my current job some twelve years ago.
Back to it soon.
Posted by Lizzy Tex Borden at 11:00 PM