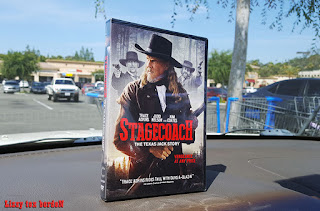 "Stagecoach: The Texas Jack Story" starring Trace Adkins. Questionable
quality, says I. But, you never know. At first it was upwards of 15 bucks.
Nope. Then it went closer to 14. Nope. Then $9.99. Nope. Today it was
$7.50. Okay, Judd Nelson and Kim Coates made $7.50 a go. From what
I have seen, the hardware looks pretty good. We will see.

It is probably ghastly.

....later that night.
Okay, since I said that Stagecoach might be ghastly I owe it to the movie
to comment on it. I watched it tonight and it, in fact, was... NOT ghastly.
I really liked it. It was not a great movie. It was slow, some of the acting was
not that good. But it was sincere. Trace Adkins did his best I am thinking.
Kim Coates is awesome. He plays an ass oh so well. This movie is NOT
his first time doing that. The bonus to look for is Judd Nelson as Sid. He is a
man of low character, an outlaw. Or IS he? He is funny and he is almost
lovable. It was Judd's first (and maybe only) Western.

For as slow as it was, I was kept interested the whole time. The dialogue did
that. The shootouts were okay. I am going to rate this one 5.5 out of 10 bottles
of Apple Jack Whiskey. As I watched this movie I could not believe that I was
liking it.  I paid $7.50. It was almost worth that. I guess that's all I got. 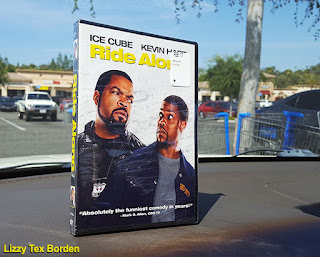 Totally out of character for me. T-o-t-a-l-l-y. But I saw the preview
for "Ride Along" on two other movies I have and it actually made me
laugh out loud, both times. So for some odd and strange reason, I wanted
to buy it. My son likes these type of movies so if I don't end up liking it,
I will give it to him. Not a total loss. $5.00.

(Ice Cube of N.W.A. starring as law enforcement is
kind of weird, but we will leave it alone.)
Posted by Lizzy Tex Borden at 11:47 PM