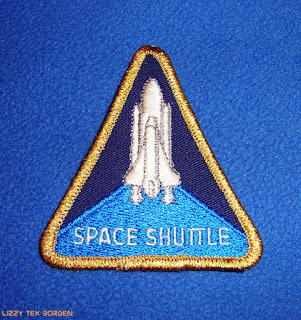 About two years ago I had posted a photo of some NASA Space
Mission patches that had come my way one way or another. This
Space Shuttle patch was my favorite as I loved the shuttle. 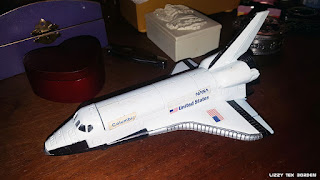 Around the same time I received the patches a family member gave
this ERTL brand die-cast shuttle to me. This is the Colombia. It launched
for the first time on mission STS-1 on April 12, 1981. Unfortunately, on
February 1, 2003, the Space Shuttle Columbia disintegrated over
Tyler Texas during reentry, killing all seven crew members: 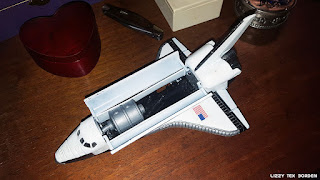 Here is ERTL's Colombia with it's payload bay doors open.

This die-cast vehicle is pretty heavy. It also
has retractable landing gear. 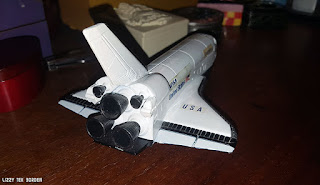 The main engines on the shuttles are huge
and incredible. Here they are on the ERTL.
This is a great toy or model or whatever it is. 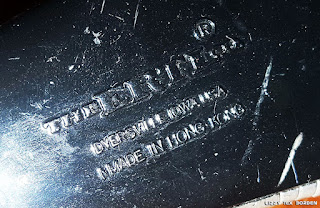