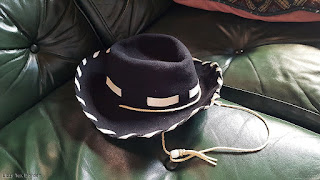 Here is a hat that a family friend gave to my son
when he was born. I have pictures of him in this
hat when he was very little. He would have to
be little of course because this is a kid sized hat. 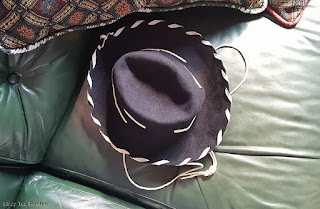 It is still in pretty good shape for being as old as
it is. Yes, it is semi-old. 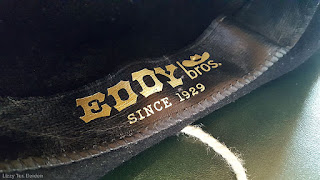 Made by Eddy Bros, I'm pretty sure it is 100% Wool
Felt. These days Eddy Bros makes a hat very similar
to this one called "Woody" styled after Woody's hat
from the movie "Toy Story". The hatband is different.
My son's hat does not seem to be offered these days.
Posted by Lizzy Tex Borden at 9:23 PM