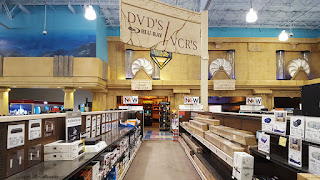 I had written that my 7.1 surround sound player refused to
play Blu-rays anymore, and I finally decided to bite the bullet
and replace it. Unfortunately a quality surround sound system
was not in the budget for me at this time, so I did go the
(great) Blu-ray player/soundbar and sub-woofer route. I am
currently getting used to the new system. Much simpler.

The good news is, I can play Blu-rays again. Huzzah! 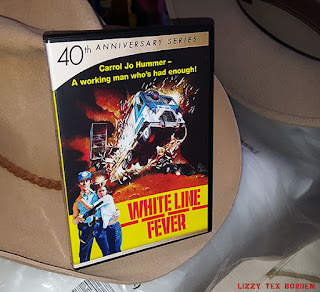 While at Fry's Electronics I found "White Line Fever" on
DVD. I have had this movie on my Amazon Wish List for
ages. (I have a HUGE wish list.) And the price in the store
was better than online. Anyway, White Line Fever is a movie
that we used to see at the drive-in. Really fun movie. I would
want to have the people in the movie as my friends. 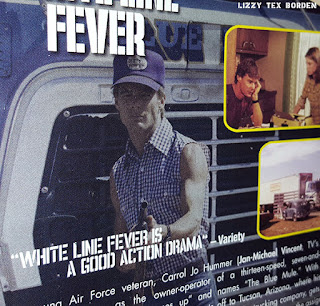 This movie stars Jan-Michael Vincent. Jan did all kinds of movies
like these and I loved them. And handsome? Oh yeah. At one time
he was one of the highest paid actors on television starring on a show
called "Airwolf". Some years ago I had a few short interactions with him
and at that time he was nice. Polite.

Unfortunately over the years he has hit a few rough patches, perhaps some
of his own doing, and life has not been too kind to him. It is sad. But for me,
I would want him to know that I am a fan and always will be, and I
hope the best for him. Carol Jo Hummer. So cool. 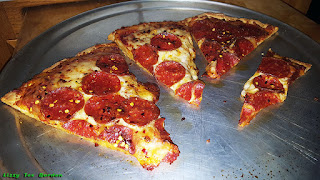 And then I had leftover pizza.
Posted by Lizzy Tex Borden at 11:30 PM