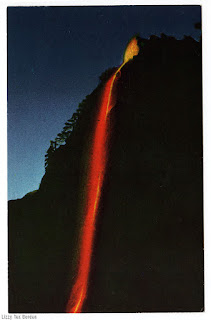 This is a postcard I bought in Yosemite in the
mid 1960's. It features a picture of the "Fire Fall". 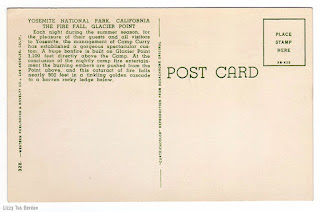 The "Fire Fall" was started in 1872 and continued until 1968.
It was discontinued because it eventually drew too many
spectators and the crowds practically ripped Yosemite a new
one with all of their trampling and messes.
Posted by Lizzy Tex Borden at 10:23 PM