Money has been kind of tight lately for one reason or
another so instead of buying a few of the newer and more
expensive releases that I want, I have been stretching my
dollars a bit by buying more budget friendly
DVDs and Blu-rays. 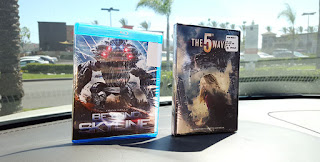 This week I actually found two over at Walmart that I have
been searching for. "Beyond Skyline"... This sequel to "Skyline"
is a guilty pleasure that I have had on my Amazon Wish List for
a while. I found it in the $5.00 bin. That's about ten dollars
cheaper than on Amazon. Hip hip! The second feature is
"The 5th Wave" on DVD. It is not going to be great, but I am
hoping it will be fun. Chloë Grace Moretz is in it and I like her. 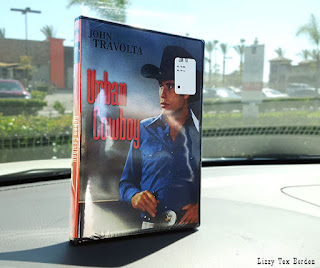 And I found a copy of "Urban Cowboy" for $3.74. I had to
buy it to have a backup to my backup to my backup DVDs.
I just love Bud and Sissy. But this low price.... Insult to the
movie. And when the heck are they going to give it up and
release a Blu-ray for this movie. C'mon you guys. DO IT.

And as for the newer release movies on DVD and Blu-ray
that I want and can't afford right now? Things will swing
back and I WILL have them. You betch'ya.
Posted by Lizzy Tex Borden at 9:00 PM