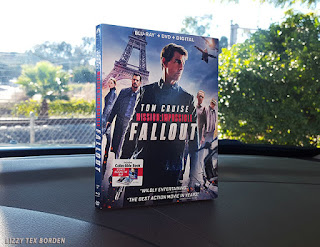 It's Mission Impossible Day here at The Ranch!
I had seen "Mission Impossible: Fallout" at the
theater and KNEW I was going to buy the Blu-ray
when it was released.... and I did. This is the sixth
Mission in the series and it does not let down. 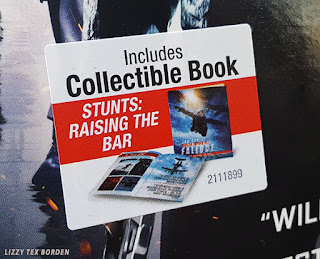 The booklet is small enough to fit in the Blu-ray case
and is ten pages (including the cover and back). It
has photos of some of the stunts and descriptive
quotes about them. One of them says that Tom Cruise
learned to fly a helicopter just for this movie. I didn't
know that this little booklet came with the movie so it
was a pleasant little surprise.

I watched the movie again and it was great fun the
second time around. I rate this movie nine out of
ten Broken Ankles.
Posted by Lizzy Tex Borden at 11:30 PM