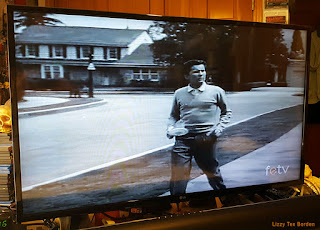 I was watching the old "Father Knows Best" show
the other day. This episode was from 1956. This is
Bud Anderson taking a little walk down the street. 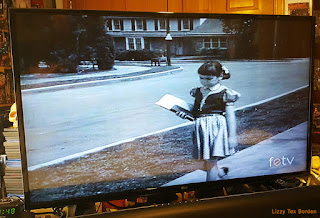 Oh look! It's Kathy Anderson aka
Kitten not far behind. 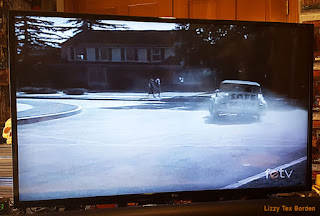 A little later Bud is taking his jalopy for a dangerous ride.
What do these pictures have in common? Well.... In the
background of all of them is one of my all time favorite
houses... EVER... 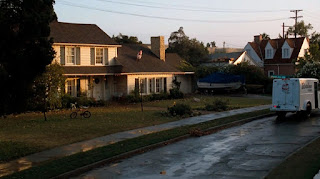 Roger Murtaugh's home from the "Lethal Weapon" movie
series. This house is on Blondie Street at the Warner
Brothers Ranch lot in Burbank California.
(Trivia: That house seen just above the white van is
the home of Darren and Samantha Stevens
from the "Bewitched" television show.) 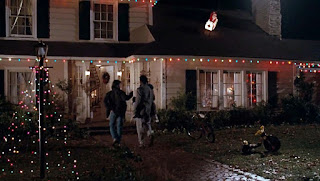 Who'd a'thunk that thirty-one years after Bud Anderson
went cruising by that Martin Riggs and Roger would be
walking into this house as Roger says, "Riggs, if you
think I'm gonna eat the world's lousiest Christmas turkey
by myself, you're crazy." 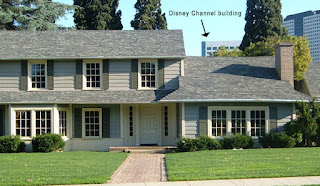 Anyway...
This house is on my Holy Grail Visit List although I most
likely never will. If you have ever driven by the Disney
Channel Building on the 134 Freeway in Burbank,
you can see where Roger's house is in relation to that.
Just a couple blocks over.