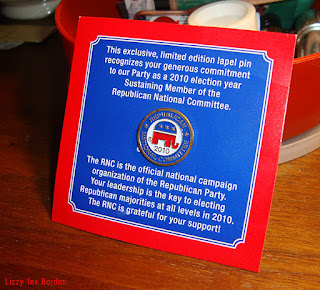 I inherited this from an extended family member
who passed away. Not somebody I was close to.
Posted by Lizzy Tex Borden at 9:22 PM 0 comments 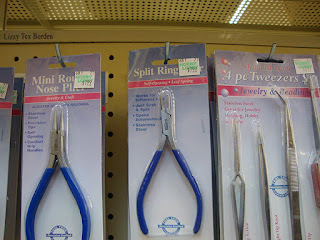 This thing is great. If you ever have a need to use split rings
you know how they can be a little difficult to "split" open,
especially those little ones. For the most part, here is the
answer to that problem. 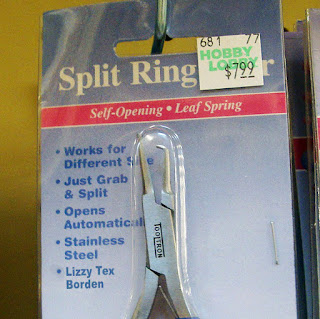 I first saw these pliers a few years ago but I just in the last year or
so picked one up. These guys will save you time and nails. Made
I believe specifically for the smaller rings for doing crafts and such,
but they work for me for just about any size ring.

As you can probably see, these pliers were over
at Hobby Lobby. Worth the pesos if'n ya ask me. 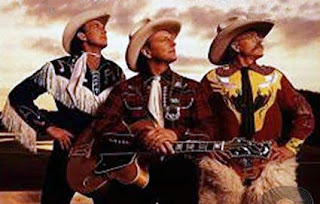 ~ 1995 ~
Riders in the Sky performs traditional cowboy songs that
can be enjoyed by folks of ALL ages. So when I saw
in the newspaper that they were going to be at McCabe's
Guitar Shop in Santa Monica I jumped at the chance
to buy tickets, which I successfully did.
(Pictured above are Woody Paul, "King of the Cowboy
Fiddlers", Ranger Doug, "The Idol of American Youth"
and last but not least, Too Slim wearing his Cac-Tie.) 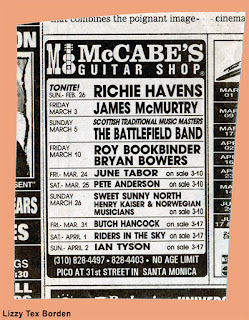 My son was very young at the time but I knew he would
enjoy a night with these guys. It was quite a drive from
where we lived at the time but it was SO worth it. I have been
enjoying the music of Riders in the Sky since my early teens
and a chance to see them in a venue that holds only 150 people?
I could not pass it up.
As it turns out my son fell asleep in my lap kind of early in the
show (probably during "Cool Water" or "Tumblin' Tumbleweeds").
I stayed awake and enjoyed the HECK out of that show. Afterwards
we were able to buy an 8x10 of the guys and take it around to meet
them and have them sign it. Great fun was had by all.
As a side note, I actually lived a mile and a half from McCabe's
for a good portion of my life, so this place had been a part of it
since I was very young myself. My mom had bought my dad a
guitar here, again, when I was young. That guitar ended up in our
backyard with cats living in it. Long story.
Posted by Lizzy Tex Borden at 11:30 PM 0 comments 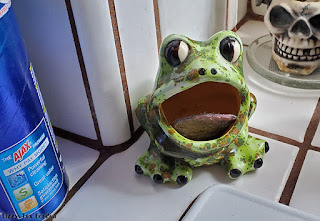 I am bettin' that every home has at least one frog.
Posted by Lizzy Tex Borden at 10:30 PM 0 comments

It's dangerous to go alone!
Posted by Lizzy Tex Borden at 11:36 PM 0 comments 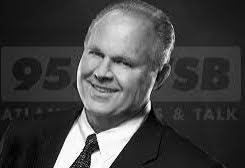 Some misguided souls for some reason tried to bring
their semi up our road and got stuck. He could not go
forward, he could not go backward and our road was
blocked. I went to speak to them.
I said, "Any estimate on a time you might be
moving? I have to get to work." He said, "What time
do you have to be there?" I told him and he said, "You
aren't going to make it." He was right and I missed a day
of work. My work attendance until today had been perfect.

I am exploring options. 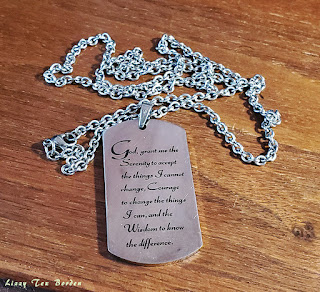 This is my Serenity Prayer dog tag.
Posted by Lizzy Tex Borden at 11:30 PM 0 comments

!!! Happy National Pizza Day 2021 !!!
And to celebrate this year's Pizza Day, here are
twenty-three magnificent pizzas that I have enjoyed.
Posted by Lizzy Tex Borden at 12:00 AM 0 comments

~ Random Around the Ranch Photo of the Day ~
Posted by Lizzy Tex Borden at 11:02 PM 0 comments 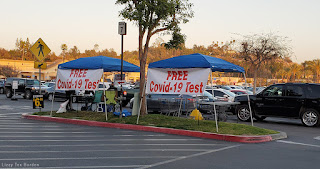 Covid-19 testing and eyebrows done over at Walmart.
Posted by Lizzy Tex Borden at 11:00 PM 0 comments

Texas Roadhouse.
I would like to have dinner here.
Posted by Lizzy Tex Borden at 8:30 PM 0 comments