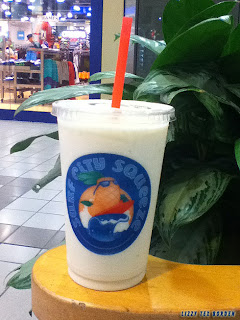 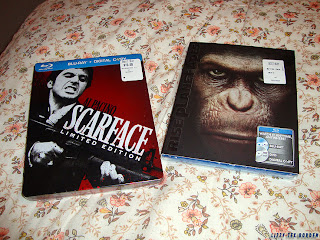 Big doins at El Rancho De La Tex today. I wanted to buy the
new Evil Dead Blu-ray, but mucho dinero es el grande bummer.
So instead I bought two others that I have had my eye on for a
while, at a good price. The Scarface Steelbook and Rise of the
Planet of the Apes. Both Blu-ray with digital copies. I will pick
up Evil Dead later on. I know it will go down in price.
I know that you are waiting for that too. Si? 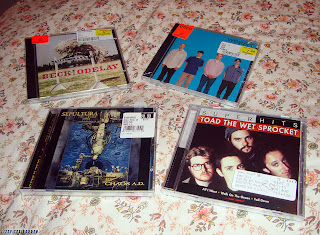 Did I say big doins? Well heck yeah I did! Beck Odelay! The
Weezer Blue CD! Sepultura Chaos A.D.! Toad the Wet
Sprocket Super (and I do mean SUPER) Hits! I like looking at
that Glen Phillips TTWS guy.
Posted by Lizzy Tex Borden at 7:00 PM