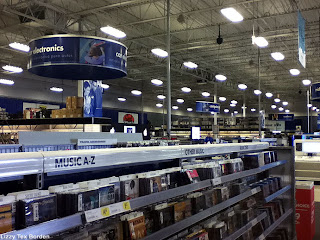 I went over to Best Buy and bought something that I had
been putting off getting for quite some time. 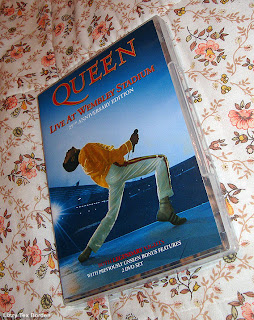 Queen Live at Wembley Stadium 25th Anniversary Edition.
I was lucky enough to have seen Queen four times around
1975. At least two of those times were at the Santa Monica Civic
Auditorium, from about the 6th or 7th row. I was 10 feet away
from Freddie Mercury as he arched his back on the then very small
catwalk as he sang "Stone Cold Crazy". Those were the days
when nobody knew who the heck Queen was. And many of those
who did know who they were weren't sure what to make of them.

I saw this DVD playing on a huge system one day at Fry's Electronics
and pretty much just stood there watching it for a long while. That's
when I decided I really wanted this DVD.
Posted by Lizzy Tex Borden at 9:09 PM