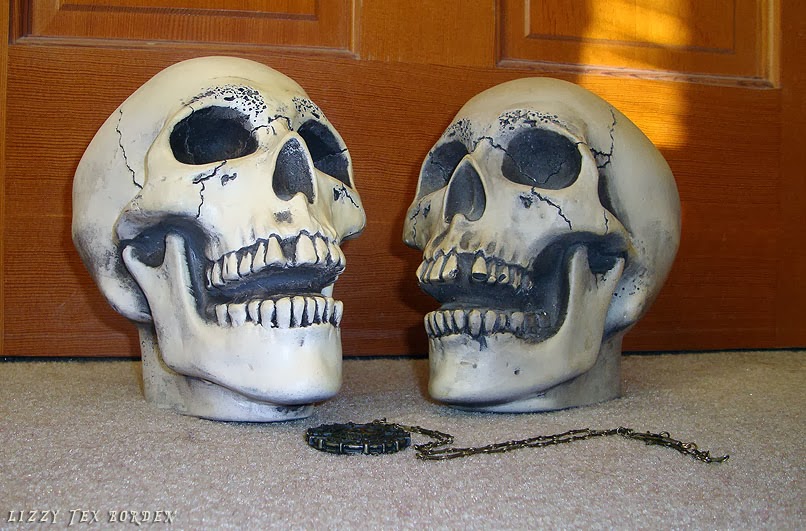 Back in about 1980 I bought the first of these two skulls at the Main
Street Magic Shop in Disneyland. I bought the second one a year or
two later. They were $10.00 each. I have since learned that these
skulls have a history.

They were created by a company that made souvenirs for
Disneyland. Randy and Dotti Smith's company was called
Randotti and these are known as Randotti Skulls. I understand
they are somewhat collectible and not totally easy to come by.

Oh, they glow in the dark too and are really heavy. In a pinch
could be used as cannon balls.
Posted by Lizzy Tex Borden at 11:57 PM