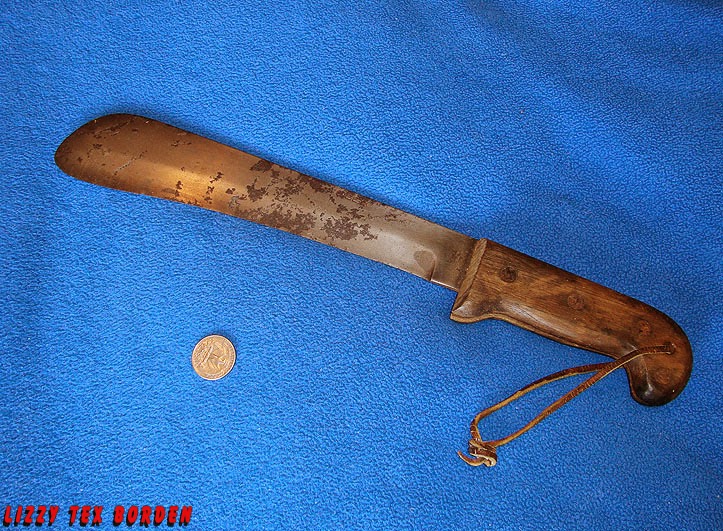 "When I was 17" seems to be coming up a lot lately, but when I was 17
some friends were cleaning out an old house for somebody and they
came across this machete which they promptly brought over to my house
where we proceeded to chop the limbs off of every piece of old furniture in
sight (another epic sentence). This thing had no problem taking off a chair leg
with one blow. The machete ended up in my possession and it was retired
to my closet where it has been lo these many years. 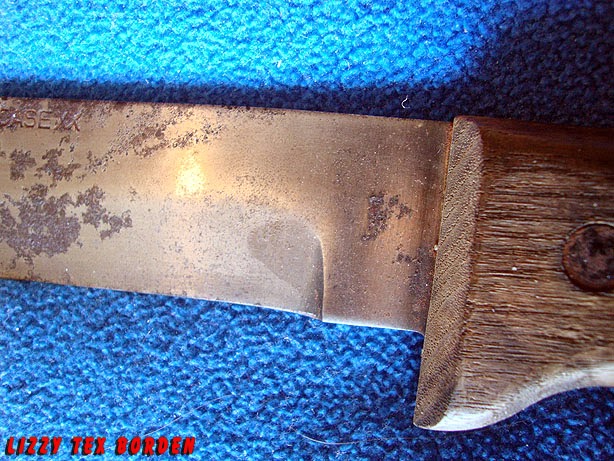 I have no sheath for it and this machete has no markings
whatsoever. The blade shows quite a bit of rust but it is still
a-w-e-s-o-m-e. 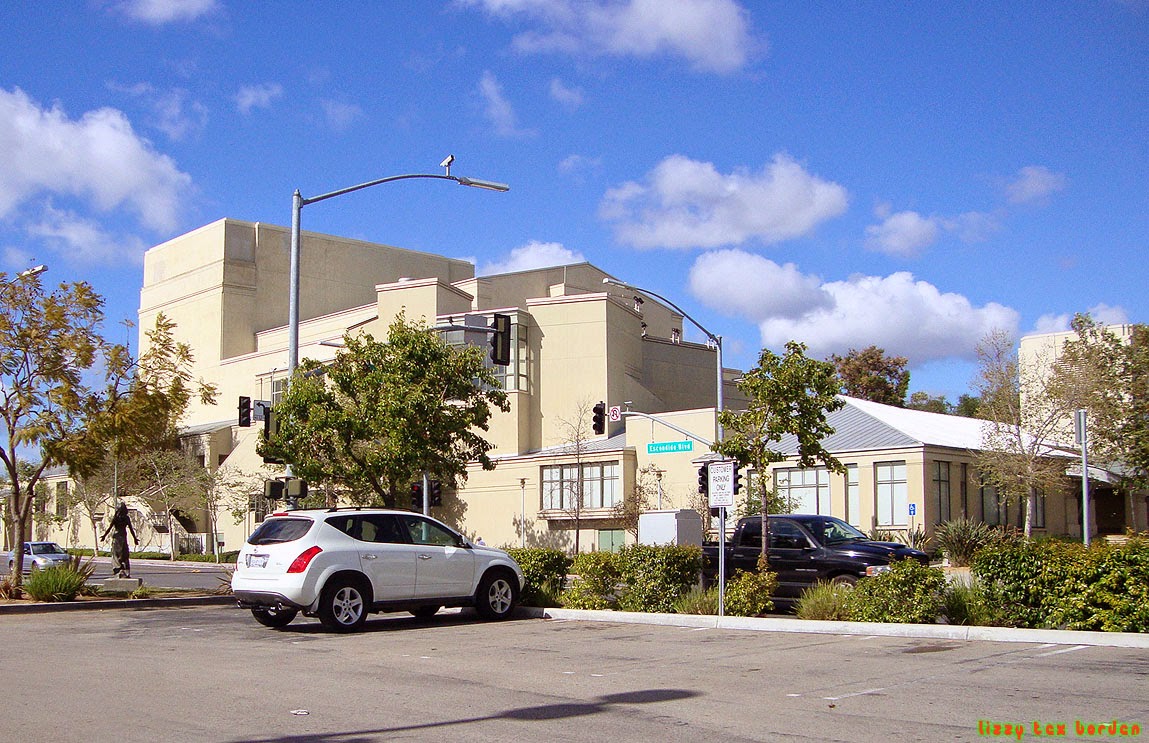 In the sleepy little town of Escondido, California, Peter Tork, Michael
Nesmith and Mickey Dolenz opened their November 2012 tour at
this Center for the Arts. It was to be the first series of concerts without
our beloved Davy Jones who passed away in February of that
year. I would have liked to have gone, but it was not to be. 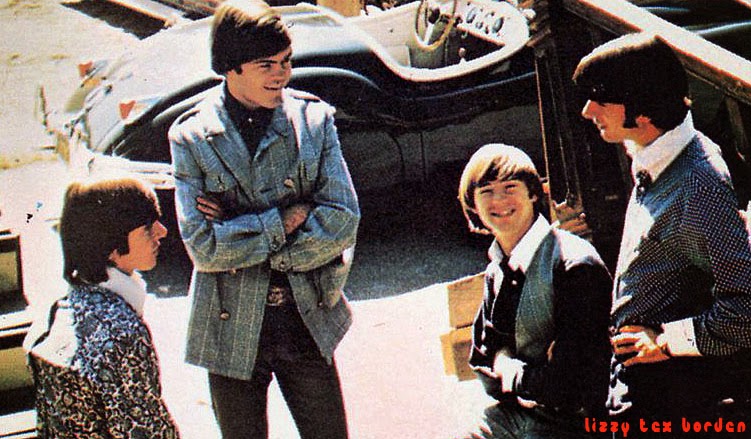 Scanned from my collection of Monkees Collector cards.
(This is kind of a reposted photo. Yes, I cheat, but I cop to it. Huzzah!)
Posted by Lizzy Tex Borden at 4:24 PM