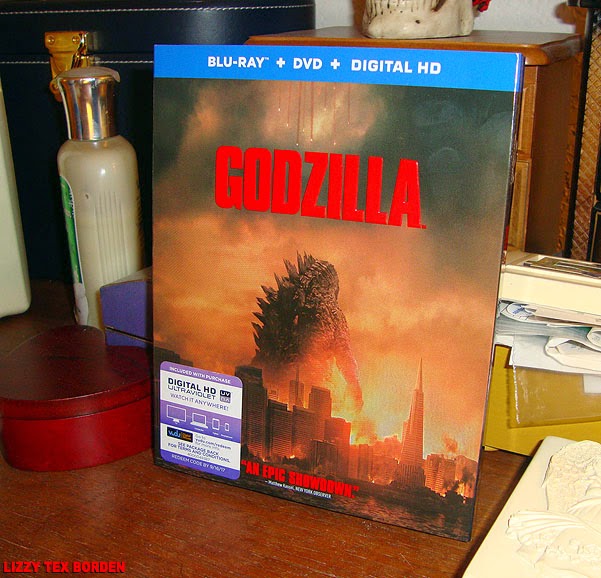 I must be slipping. I had no idea that Godzilla (2014) was being
released on Blu-ray today. I saw it at the movies back in May and
I was kind of blase about it. But when I saw it on the shelf today
I instantly reached for it. So I must have liked it more then I thought.
I am suddenly anxious to see it again.

(But what I really want is another "Cloverfield".)

Unlike the last several (or more) weeks there were a few releases
I saw that I am excited about, including a new Texas Chain Saw
Massacre: 40th Anniversary Collector's Edition that I may or may
not buy, depending on funds. Feast or famine in the Blu-ray arena. 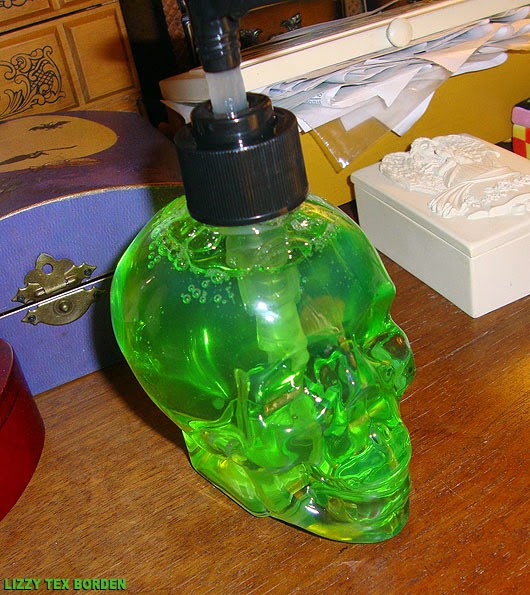 Oh and I could not resist this skull soap dispenser. Very cool.
And green. It's green! 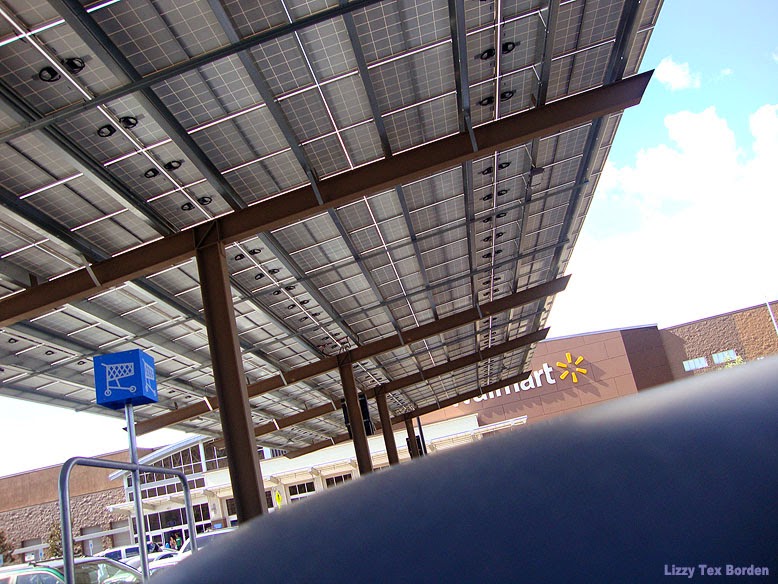 Walmart has put this awning up over half of their parking lot. At first
I thought it was lame. But I parked under it on this 100 plus
degree weather day, and it was cool. Literally. It might make
loading and unloading in rain nicer too.
Posted by Lizzy Tex Borden at 7:38 PM