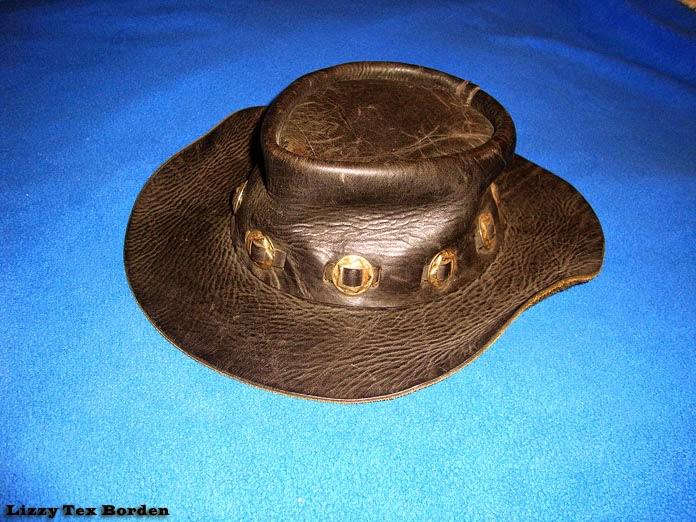 Today I would like to share a hat that I had previously mentioned in
a post on December 13th, 2012. It's not a very practical hat as it is made
of leather and it is hot in the summertime. And it is heavy. But I was
given this hat as a gift when I was seventeen and it has been in many,
many states with me. I've worn it to the top of mountains and I have had to
retrieve it from the bottom of a river more than once. It has shared emotional
times with me as well. It's just always been there. 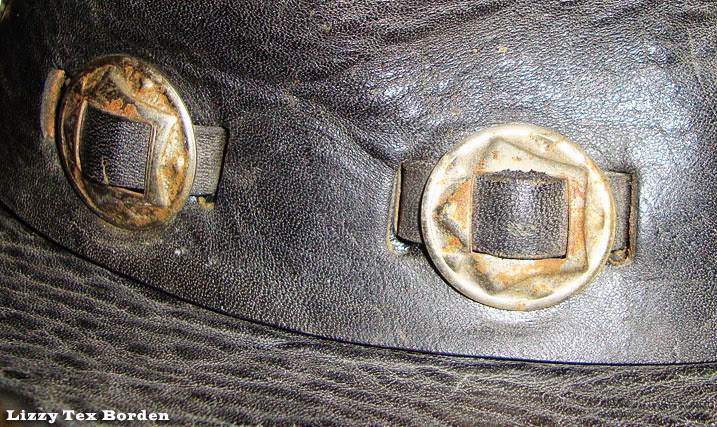 You can tell by looking at the conchos that it has seen some action.
But this guy is still as full of heart now as it was the day I received it. 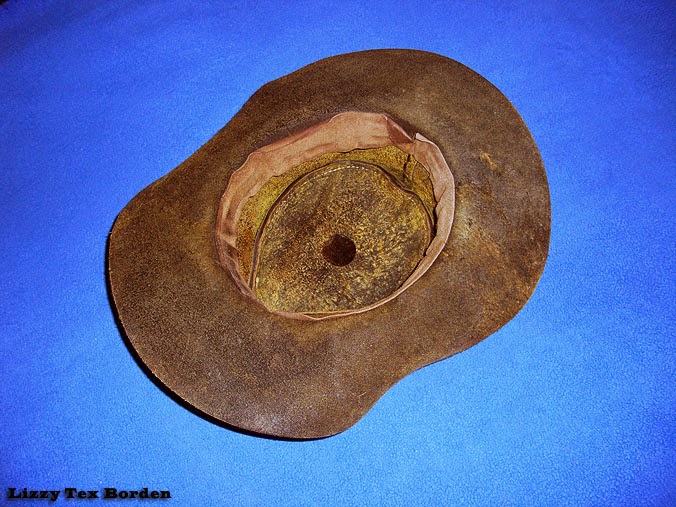 The inside has no markings. It is just a plain old leather hat. 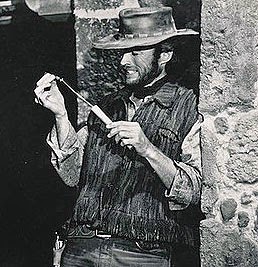 To me it always had the same characteristics as Hogan's (Clint
Eastwood) hat from the movie "Two Mules for Sister Sarah". I
think that at times Hogan's hat looks very similar to mine (minus
the conchos) and the construction looks the same. I don't know
how he wore that thing in Mexico's heat. But then again, his
hat could be completely different than mine and I am full of beans.

That would come as a shock to zero folks at El Rancho De La Tex.
Posted by Lizzy Tex Borden at 7:49 PM