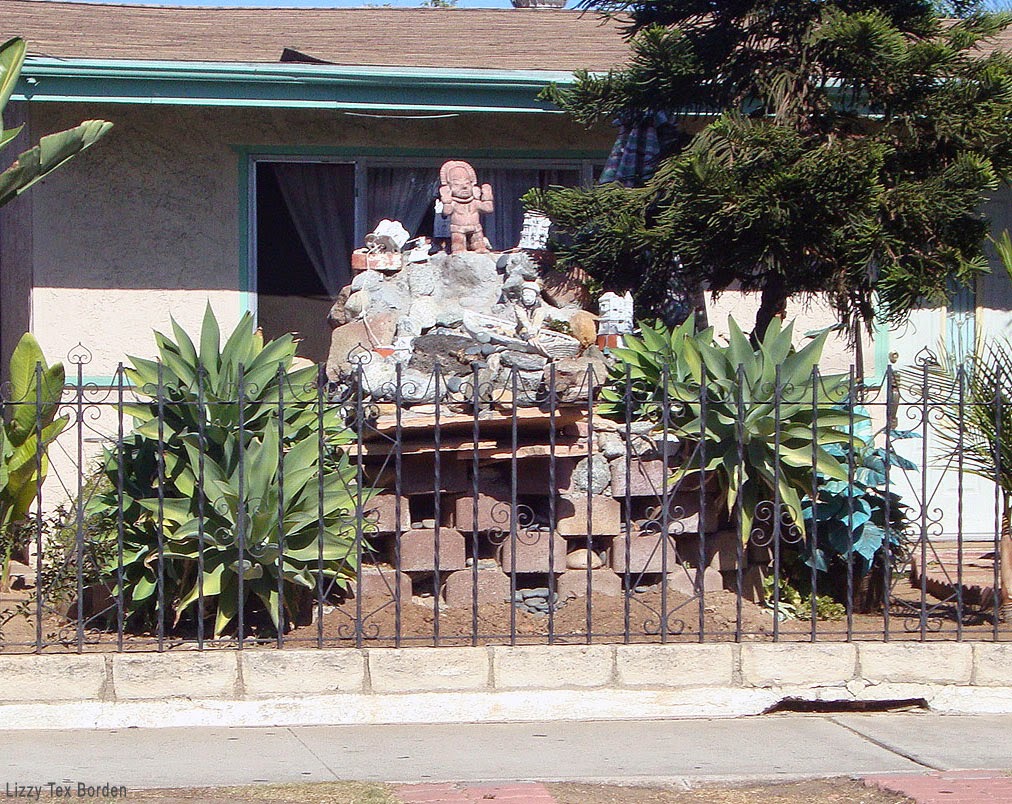 This is an interesting thing to have in front of your house.
I wonder what it means. Whatever it is, I'm bettin' that
it was created a little bit at a time. I would also put
money on it still being a work in progress. 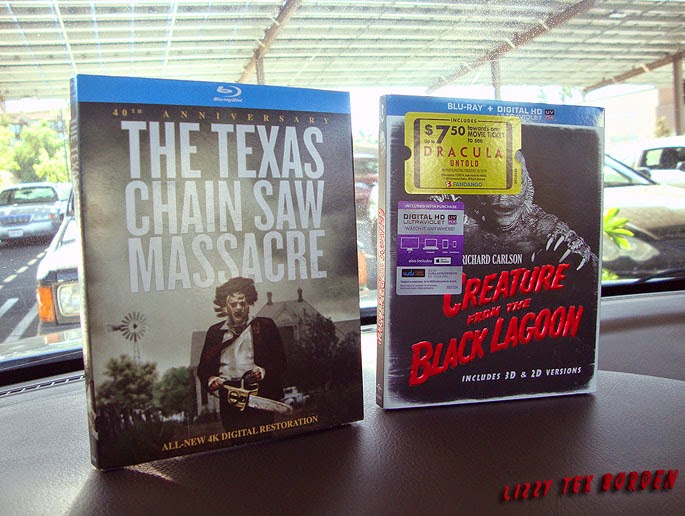 Last week I had mentioned that if funds allowed, I would
pick up the 40th Anniversary Blu-ray of The Texas Chain Saw
Massacre. Funds did not allow. Which translates to, I have no
self-control. In fact, I have such little self-control that I also bought
an absolutely fantastic version of Creature from the Black Lagoon.
$12.96 for the 2D and 3D (for 3D TVs) set. I've been wanting this
movie and I don't think I can get a better deal.
Posted by Lizzy Tex Borden at 7:30 PM