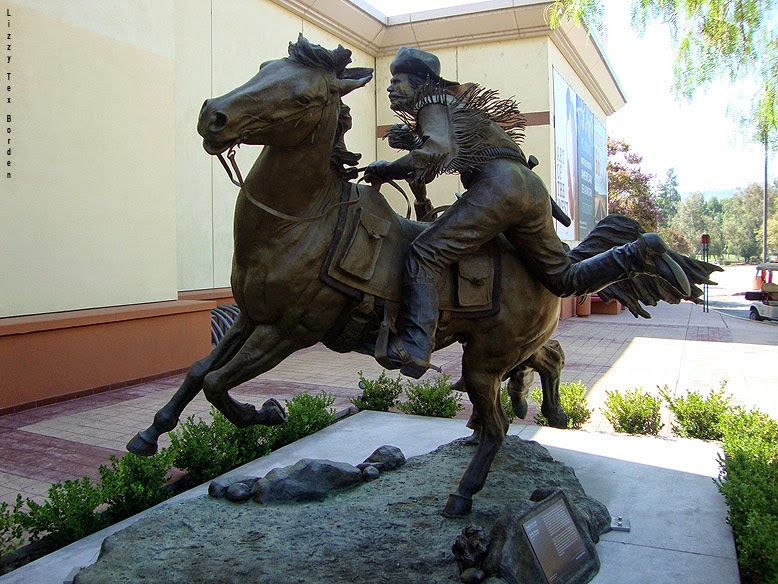 I took these pictures on my trip to the Gene Autry Museum
of Western Heritage in August of 2014. This is out in
front of the entrance. No ticket needed to enjoy it. 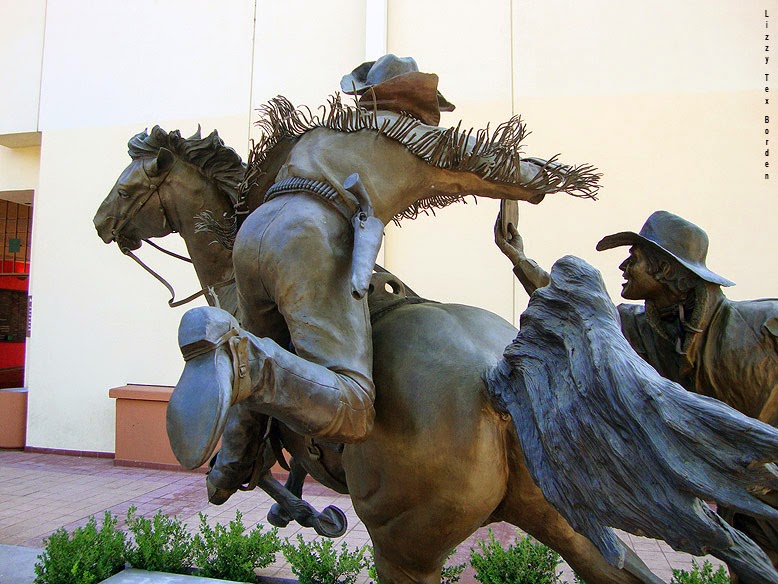 This is a beautiful bronze statue depicting Pony Express riders
carrying Abraham Lincoln's inaugural address from a telegraph
station in Nebraska to newspapers here in the Golden State
of California. I really like how the artist has done the leather
fringe on the riders coat. 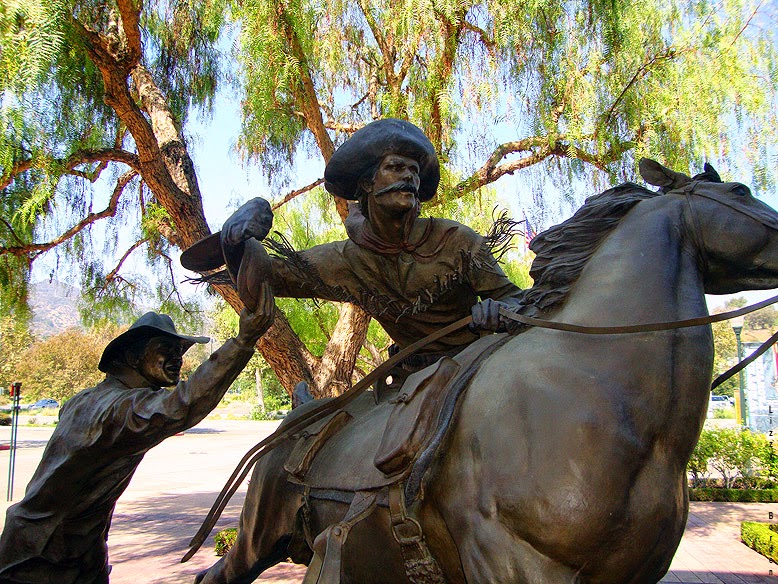 This statue was cast in 2007 and was sculpted (if sculpted is the
right word) by Douglas Van Howd. 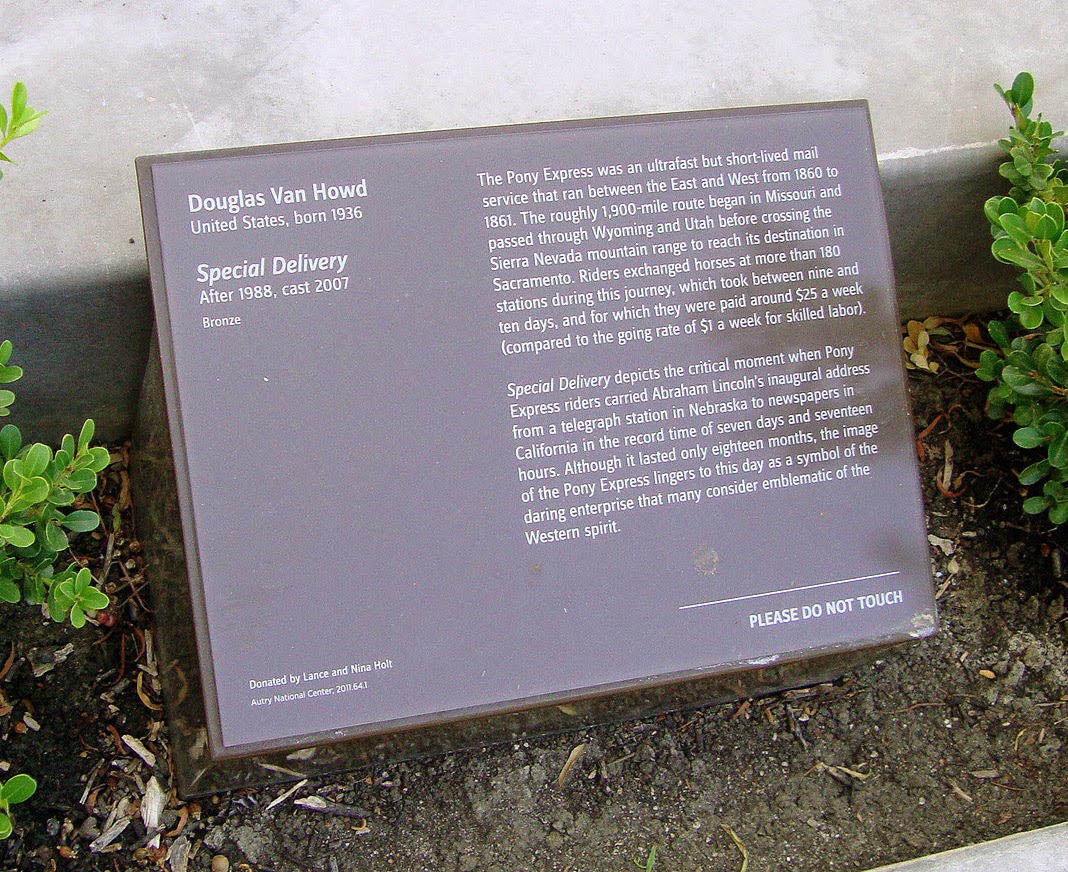 One bit of information that I always forget that surprises a lot of
folks is that the Pony Express was only in operation for eighteen
months. If you would like to enlarge this photo,
the plaque tells all about the statue.

This statue was new to me. It was not there during my last
visit in August of 2012.
Posted by Lizzy Tex Borden at 12:10 AM