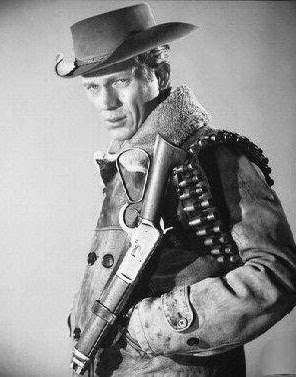 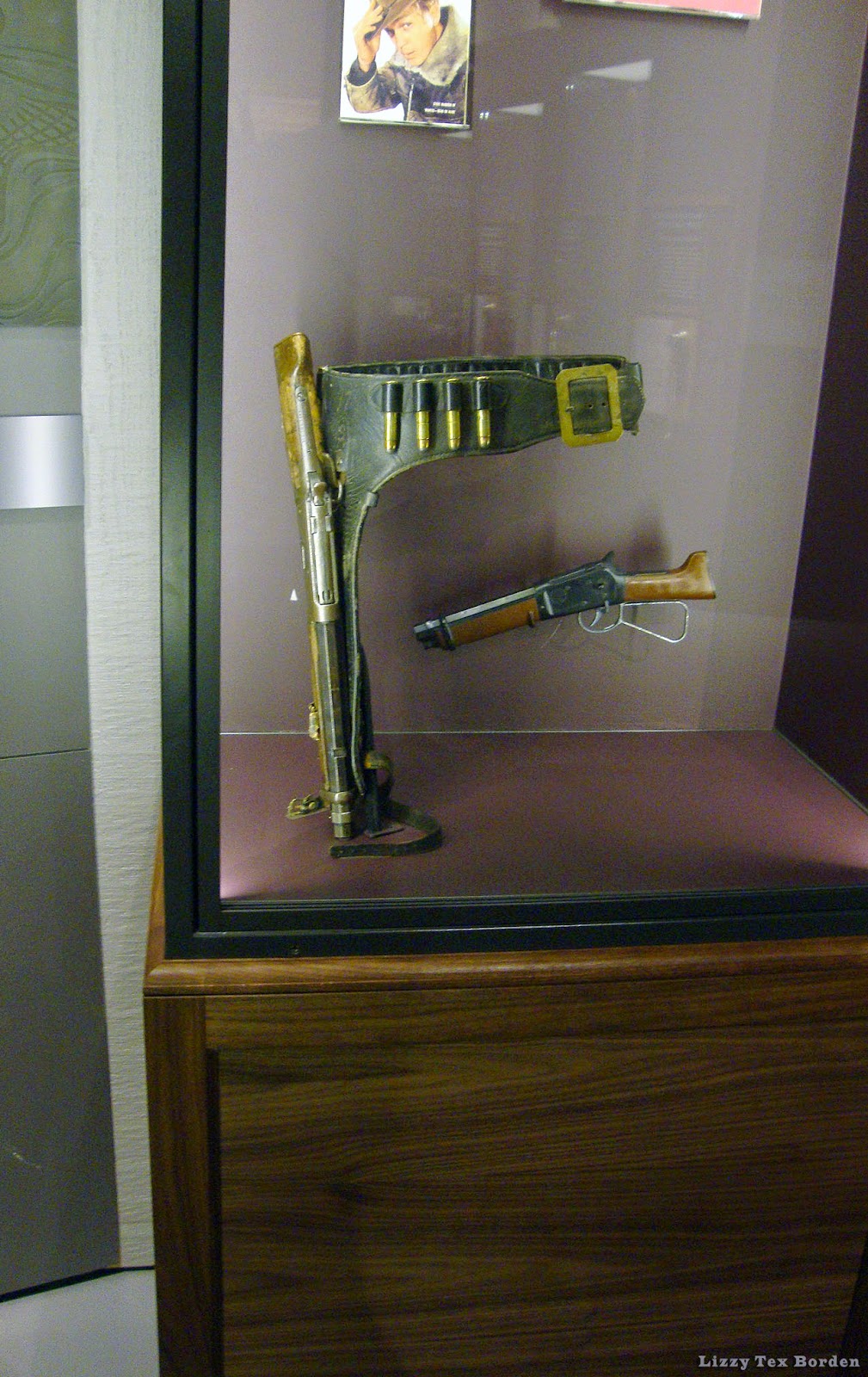 This was from my visit to the Autry Museum of Western Heritage
last August and is a relatively new display. I had not seen it before
and to me it is extra special. This is Josh Randall's (Steve McQueen)
Mare's Laig aka Mare's Leg from the 1958 to 1961 TV show called
Wanted: Dead or Alive. (The smaller Mare's Laig on the wall
is a Marx Co. toy gun, 1958.) 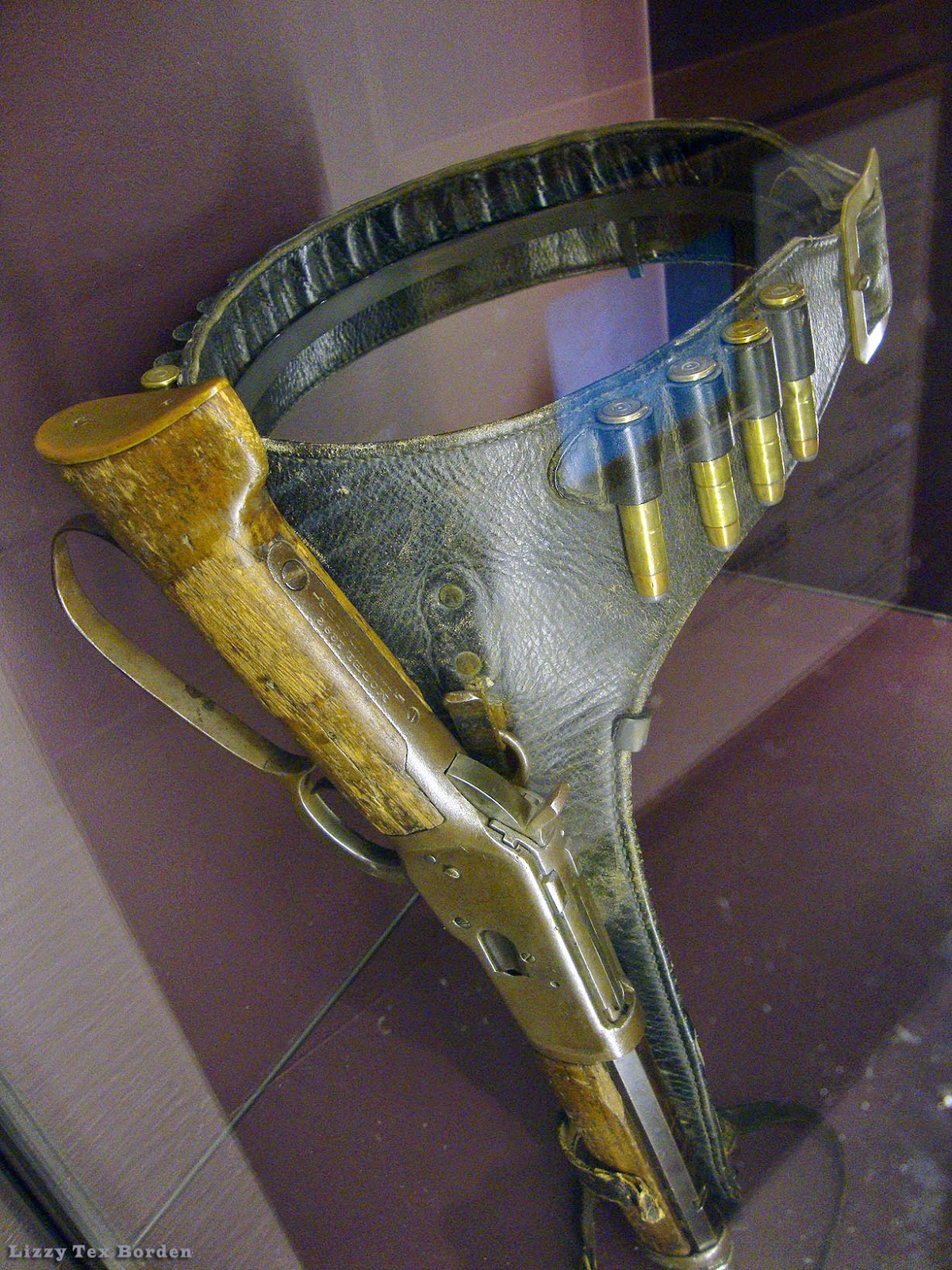 I have left the photos big for better viewing. This is a shortened Winchester
Model 1892 saddle ring carbine chambered in .44-40. It is said that the
.44-40 rounds were less than impressive when placed in the loops of the
gun belt so they opted for the larger .45-70 rounds. Those rounds
on the belt are not the correct caliber for this "rifle". You can purchase
reproductions of this firearm these days and it is sold as a pistol. 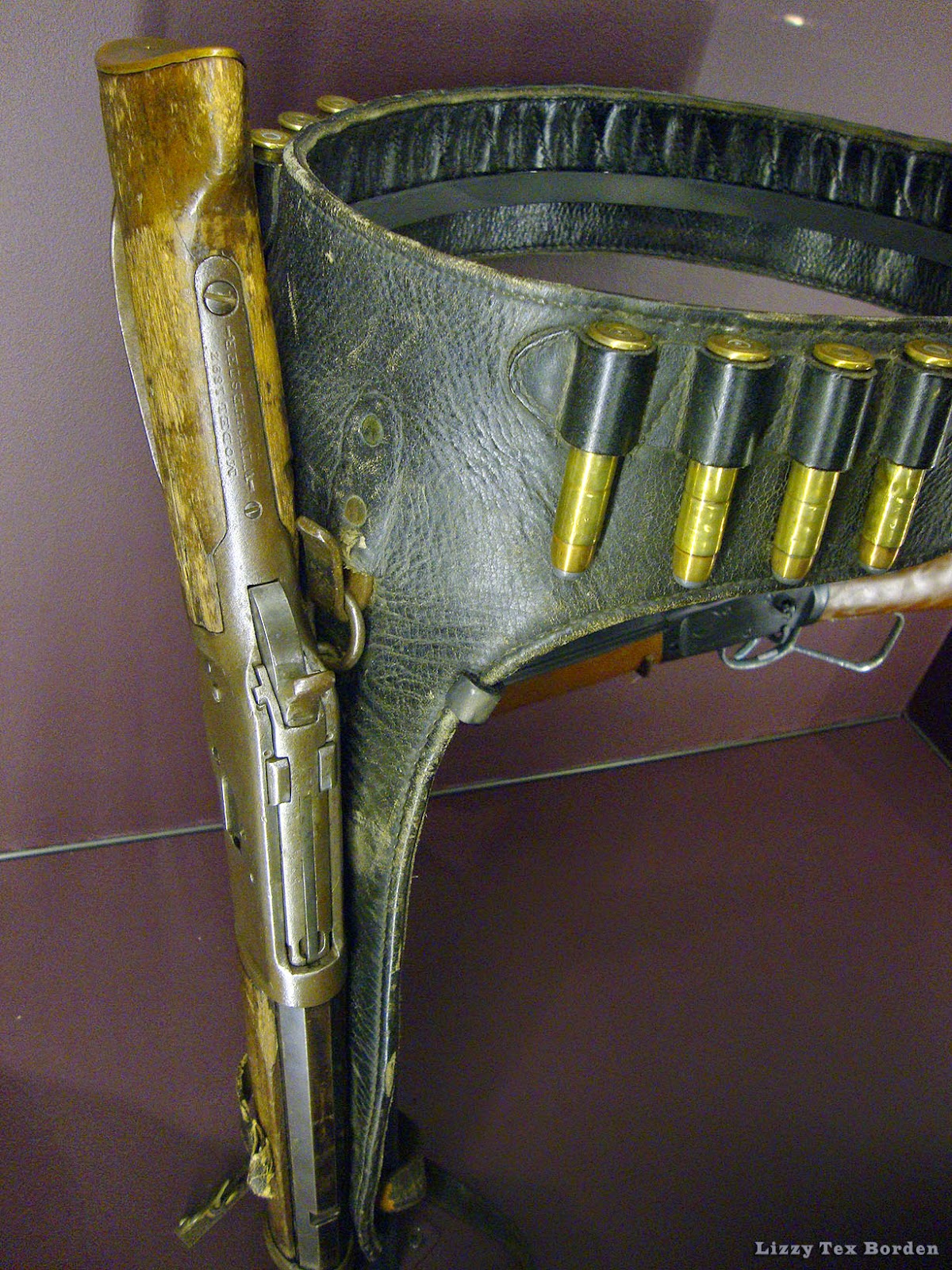 This Mare's Laig was manufactured by the Winchester Repeating Arms
Co. in 1908 and has serial number 468096. The firearm was designed by
Kenny *Von Dutch" Howard and was worn by of course, Mr. Steve
McQueen. The gun belt was manufactured by Andy Anderson circa
1960. This is just one of several gun belts and Mare's Laigs used during
the show's run, but it is very cool to see. Please open these photos in a
new window to appreciate the display in a larger size.

I did the best I could with these photos. I could not use flash.
Posted by Lizzy Tex Borden at 9:52 PM