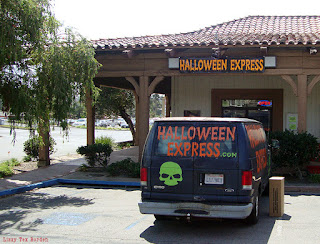 It's Halloween time here at El Rancho De La Tex (as
it is just about everywhere) and here are the stores we
visited on our Annual Halloween Crawl 2015. First up
was Halloween Express. The Express did not disappoint
and I will post a few photos from all of these stores in the
coming weeks. Huzzah says I! 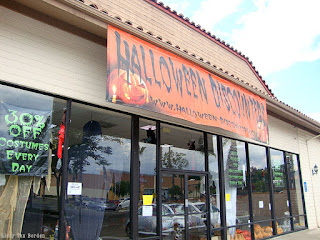 Next up was a store that I had never seen before. We spotted it
sitting in a little corner as we were driving out of the lot. An
unexpected surprise! But this store was WEAK. It was hotter
than Hades inside. I felt bad for the girls woking in there.
And all their stuff was.... bleh. Did we buy anything?
Stay tuned..............

Wait, I can't do that to you. No. Bought nothing.
It was a not great store. 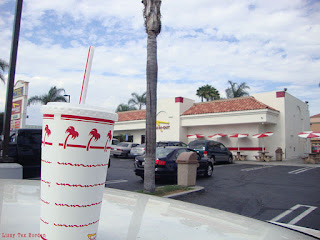 We then made a stop at Boot Barn as I had written before and
a stop at the Indian Store which I have also already written about.
It was really hot and humid so we made a quick soda pick up at
In-N-Out Burger and sat in the car to relax in the air conditioning
and talk and have a few guffaws. We love our guffaws, my son and I. 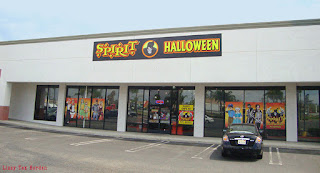 Our next stop was our first Spirit Store. They had pretty cool
theming this year. It was like being in a swamp or something.
Of course pictures to come. 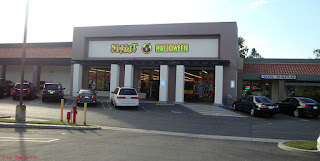 Next up was our second Spirit Store. We love these stores,
but we were getting a little tired so... 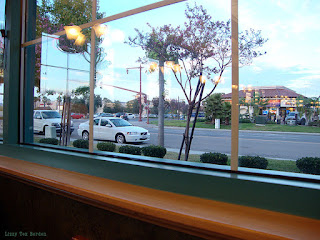 ...we headed over to Tom's restaurant to sit inside and enjoy
the air, the view, and of course... 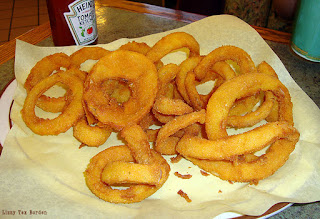 ...ONION RINGS! And burgers and such. By now it was getting
late and our dogs were barking and we still had a bit of a
drive home, so we called it a day.

~ The Spirit of Children ~
Every Halloween and all year long since 2006
the Spirit Store accepts donations for a program
they have to help make hospital stays less scary
for children and their parents. When a donation is
made at a Spirit Store you are given a wristband.

Tis a worthwhile endeavor thinks I.
Posted by Lizzy Tex Borden at 11:00 PM