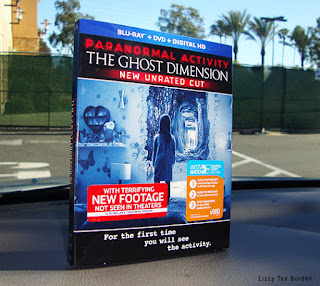 Back when it first came out, my son and I went to see
"Paranormal Activity" in the theater. Since then it has been
our tradition to see all the others in the theater as well. We
were REALLY looking forward to seeing this installment (#6)
in the theater but lo and behold it was given a limited release,
leaving us twisting in the wind.

This week it was finally released on Blu-ray! Huzzah! (I get much
too excited about these things.) People hate these movies and
while they are not the best pictures in the whole wide world,
we have a great time with them. Popcorn is at the ready. 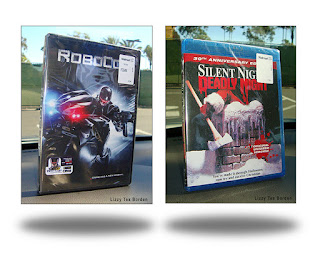 I also got the "Robocop" remake because it came down in price.
It is almost sacreligous to remake this movie, but I am curious.
I have all the "Silent Night, Deadly Night" movies, but none on
Blu-ray. So when I discovered this 30th Anniversary Edition I
bought it. It is just a staple in my collection. 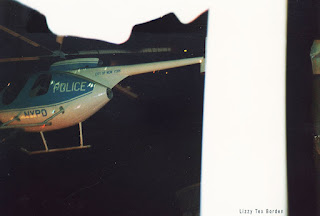 Give an amateur a camera, send them to the King Kong attraction
at Universal Studios in Los Angeles and this is what you will get back.
Posted by Lizzy Tex Borden at 11:30 PM