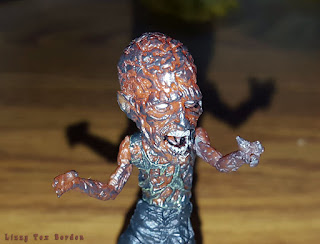 My son received another Loot Crate in the mail.
This is a little guy from "The Walking Dead". I don't
watch that show so I don't know who it is. But
he is a cool little guy. 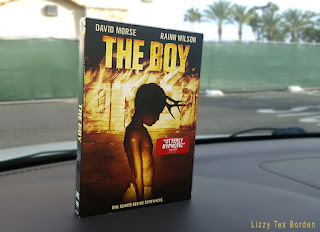 I bought "The Boy" on DVD and watched it. This is an
Independent film and it is sa-low, with a capital slow.
I learned in the extras that it is hopefully (for the producers,
one of whom is Elijah Wood) that this is to be the first part
of a trilogy. If this is the case, I would like to see the second one.
I think it would make this one more interesting.

SPOILER ALERT! The location of this story is "the mountains
of the American West". That was half the reason I bought the movie.
I am all over the American West. But in the extras I learned that
this movie was filmed in Columbia S.A. That took away a little of the
spirit of the movie for me. I know, I know. Picky picky. Spaghetti westerns
were filmed in Spain and I am good with that. So.... Whatever.

And that is tons more than you needed or wanted to know, and more than
I was gonna write. Did I use "whom" correctly? I don't think so.