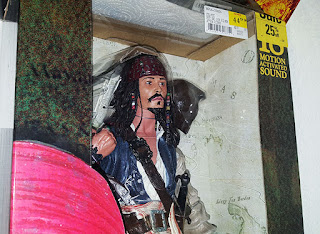 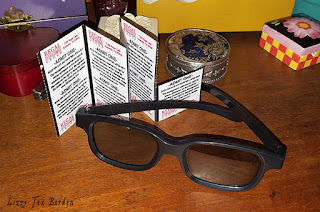 After waiting five years I went to see "Pirates of the Caribbean:
Dead Mean Tell No Tales". For one reason or another I wasn't
really excited though, not even as the movie started. Personal
stuff going on I guess. But as the movie progressed things got
great. I even on more than one occasion totally laughed out loud
and even involuntarily let out a few exclamations of excitement.

It's okay though. I had the 3D theater all to myself. I was the only one
in the whole place. That would normally be fantastic, but I want the
POTC movies to be shown a little support. These movies are
wonderful but if nobody goes to see them, that's it.
No more. Anyway...

Aye, here be a bit of a spoiler. There was a part in this movie that took us
back to Capt. Jack's origins. And it was.... it was... I'm going to say it. I'm
gonna use the word. It was lovely. They CGI'd or whatever it was Johnny
Depp to be a young Jack Sparrow and it was lovely. They showed a bit of how
witty Jack acquired some of his clothing and trinkets and how he became Captain
of The Black Pearl. It was awesome... and to me, lovely. What can I say.

In another part of the movie, Capt. Jack's crew uses a team of horses to
pull a huge safe out of a bank. Unfortunately the safe is stuck in the bank
and the entire bank building ends up being pulled through the town by the
team of horses. The crew makes a successful escape, bank building and all.
It made me laugh when I read on the IMDB website under "Goofs" that
it would be impossible for a team of horses to pull that building.
C'mon you guys. You are talking about Capt. Jack.

Hopefully this movie will be out on Blu-ray soon.
I missed Capt. Jack.
Posted by Lizzy Tex Borden at 9:30 PM