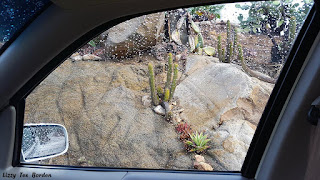 Another fun day lined up. I am heading out to Best Buy as
the movie "IT" (2017) is being released to Blu-ray today.
It has been raining all night and it is raining as I leave
El Rancho De La Tex. 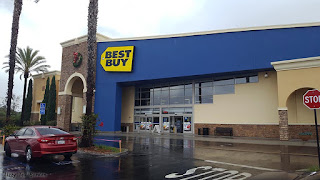 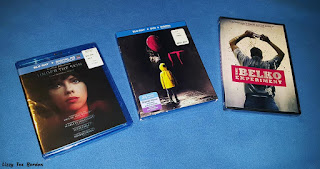 I did get "IT" on Blu-ray. I also bought "Under the Skin" with
Scarlett Johansson. Between "The Avengers", "Ghost in the
Shell" and "Lucy", I really like her. I also bought "The Belko
Experiment" which I have heard a lot about. These last two movies
were really inexpensive. Especially since I used a Best Buy
Birthday 10% off coupon and a gift card that I received when
I bought my phone from Best Buy. So I only paid..... NOTHING!
Good deal says I.

My next stop since it is in the same area is Fry's Electronics.
I have a little list for this store. 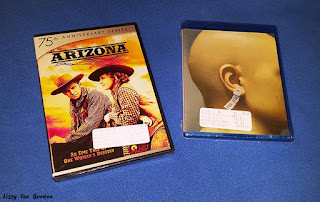 Oh man. I have had "Arizona" (1940) on my Amazon Wish List
for YEARS. And I found it here, for only $4.99. Excited for this
Western. The Old Tuscon Studio in Arizona was built expressly
for this movie. This is Western Movie History.

I also found "THX1138" on Blu-ray for a really really good
price: $5.97. I have the DVD, but this George Lucas movie is
really good and I wanted the Blu-ray upgrade. When I got it
home I discovered why it was priced so low. The Blu-ray case
is thrashed. Not to worry. I have spares. 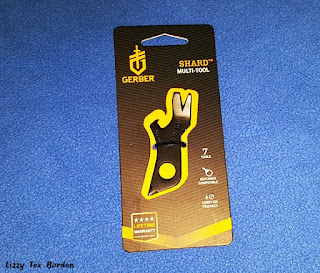 Impulse buy, kind of. I did want one of these Gerber Shard tools.
But the opportunity never presented itself until I reached the
register today and they were sitting next to it. Semi-impulse.
Gerber years ago made really nice knives. Now? Not so much.
They have gone WAY downhill. We will see how this little
Shard tool does. And by the way, when are they going to
stop putting bottle openers on everything? When was the last
time you used a bottle opener? Yet they have them on
EVERYTHING. Can't understand it.

(Oh yeah, I bought some coaxial cable I needed and some
lint free cloth things for our TVs, phones and computers.) 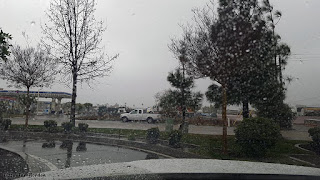 Two more stops for today. The first one will be Tom's Burgers
for a bit of lunch. When I am with my son we eat inside, but I am
alone today so I am going through the drive-through. 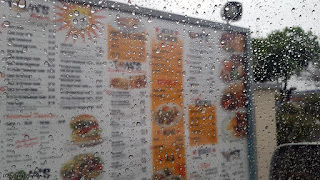 I think I forgot to mention that as I was leaving The Ranch
on Monday's Extravaganza Day, my car took a dive. I was just
hoping and praying that I would be able to use another of our
cars or my Extravaganza would come to a halt. THANKFULLY, I WAS
able to use another car. BUT, the driver's side window on this car
does notwork, so I had to wait with the door open for the guy to get
to me and then order my food. I took a shower. Literally.
The burger was good.

Last stop. Gas. I am glad I spotted the "Sorry, Out Of Service" cover
on the gas pump before I got out of the car. What? You have done that
too? Yeah. That is noooooo fun. Hey! My pocketbook feels a'WAY
lighter after that fill-up. Thanks Governor Jerry Brown.
You are my frickin' idol.

Well, I have to get to bed. Stuff to do
really early tomorrow. Yep.
Posted by Lizzy Tex Borden at 11:40 PM