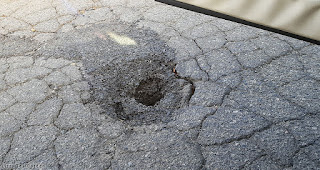 I was driving up our road today and I saw a squirrel in the middle of
the road just disappear! Poof! Just like that! Gone! As I got closer I realized
how. A hole, in the hard road. These guys are d-e-s-t-r-u-c-t-i-v-e. Insane.

Anyway, another beautiful Birthday Extravaganza day as I leave El Rancho
Del La Tex. Today I'm on my way to the mall that I have not been to since my
last birthday. At that time they were remodeling the whole place. So I gave them
time to get that all squared away. Hopefully the mess is over. I am also going to
Boot Barn. I cannot believe that I have not been THERE in a year either. 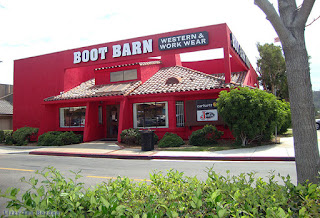 My beloved Boot Barn. It was here... Now it's gone.

Not to worry! It just moved to the other side of
the parking lot! Huzzah!
But I knew that.... I am just messing about a bit. 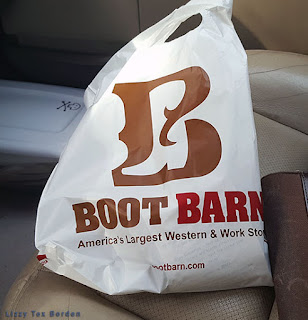 I knew what I wanted to get for myself this year. 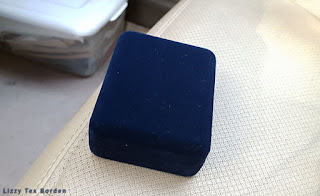 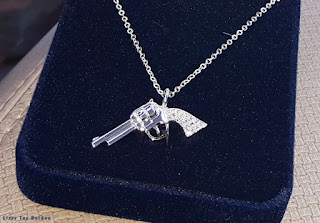 A little pistol necklace. When the associate was getting
it out of the case for me she asked if I wanted the matching
earrings. "A little too much hardware to wear at one time"
I thought to myself and replied, "No thank you." I will wear this
pistol along with the horseshoe necklace I bought last year.
They go together nicely, in a fun way. 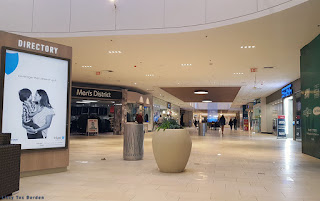 Hey, they brought this place up to speed.
It was pretty old school before. 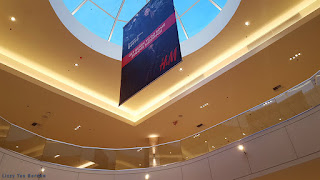 Truth be told, I am good with it either way.
They both have their good points.

Kinda nice feature. The tables around the mall
have USB charging ports. Those could come in
handy to be certain. 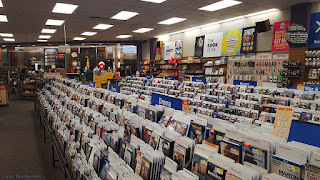 Anyway, the store I really want to go to is FYE, to check
out movies. I can find some good deals in here
sometimes. There is also some really over priced
stuff. We'll ignore that. 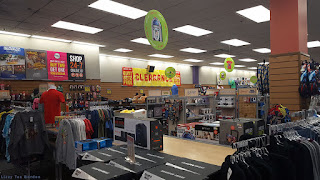 And I passed up some REALLY good clearance priced
figures this time. I mean GREAT prices. But I have no more
room for the stuff. No bueno.

But I found a few good movie deals. I bought "LIFE" used
(but you would never know it) for $9.99. I could have held
off a few months and probably gotten a better price, but
what the hay. This is the movie I saw at Barnes &
Noble for $34.99. Can you believe that? 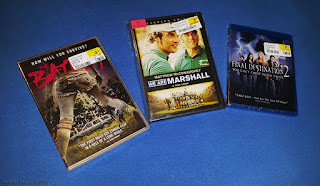 A couple of these Blu-rays are up-grades
and some are new to me. 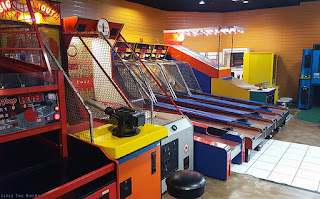 After FYE I went into the arcade a played a few games
of Skeeball. I like that game. I won quite a few tickets
and gave them to a couple of young girls who were
having a ball in there playing "Deal or No Deal". 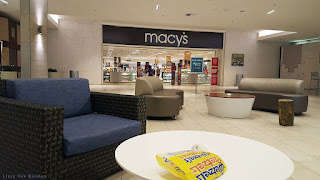 Break time. I searched for Surf City as I love their Banana Banana
smoothies. They are not here anymore. Dang. I have not had one
in a year and wanted one. I moved on. I decided to have a
Wetzel's Pretzel with pepperoni. Pretty good trade-off. 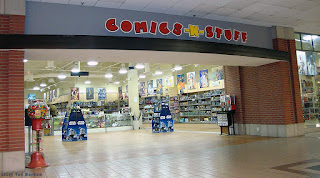 On to the other store I love but where I cannot buy what I
want because I have zero room left for this stuff so I usually
just try to find something from the bargain bin that
is a little unusual or different. Comics-N-Stuff. 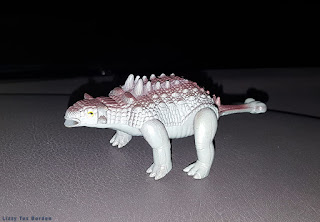 This year I found and bought what I thought was a
Kaiju character. I could have sworn that this was a Kaiju
that I had seen in a movie. Nope. He is an Ankylosaurus.
A cheesy dinosaur from some 1980's Dino Riders cartoon or
some such thing. I did get a good deal on him though. And
I do like him... a bit. He is 30 years old.
He's just not what I thought he was.

When I am at this mall I like to go to SEARS to see if
they have a tool I can add to my toolbox. My dad used to buy
Craftsman tools from SEARS when I was young. They make
good stuff. I found this cool prying tool. Nothing
much, but I like to add to my tools. 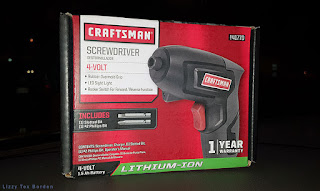 I also found this rechargeable screwdriver/drill. I have
been on the lookout for a less expensive one of these and
I found it. $19.99. Good for small chores. Drilling little holes
and putting together bookcases and such. Anxious to try this too.
Do you love the smell of wood? Me too. That and dirt and Hoppe's.
And jasmine. And the mountains. I digress. 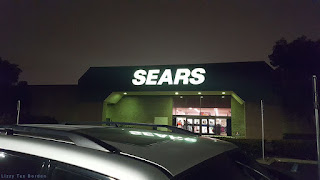 When I got out of SEARS it was getting kind of late
(by older people standards) and foggy too. 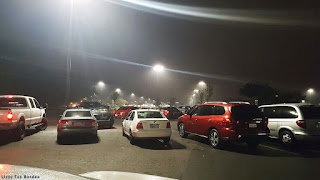 I have a 45 minute drive home so this will be it for
today's Extravaganza Adventure and extreme
buying of presents for myself. More to come!