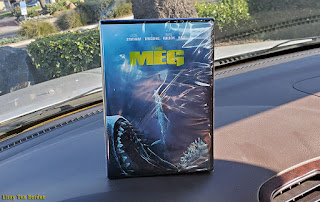 When "The Meg" starring Jason Statham (who I LOVE) was first
released to theaters I really wanted to see it. But after seeing some
trailers I became less excited for one reason or another. Later after
some discussion online, I was encouraged to to give it a chance.
That was some time ago. Today I found the DVD on sale for not
so much so I picked it up. I am anxious to watch it. 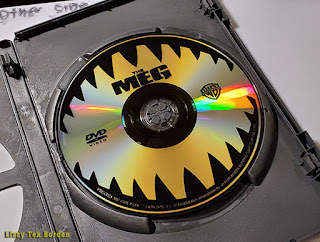 It is a pretty bare bones copy but at least they had a little fun with
the inside. I think that is kind of rare with a DVD like this.
Posted by Lizzy Tex Borden at 8:30 PM